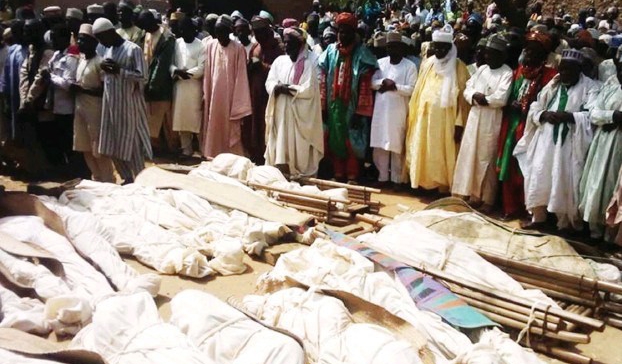 No fewer than 22 people have been killed by bandits in Tungar Kwana village of Talata-Marafa Local Government Area of Zamfara state on Tuesday night.

According to an indigene of the village, Malam Ahmed Mohammed, the bandits numbering over 100 invaded the village around 11 pm where they began to shoot people indiscriminately.

He stated, “Twenty-two people including children and women were killed instantly, while other people escaped to the forest.

Mohammed also said that many people were wounded as a result of gunshots and were currently in the hospital for treatment. The bandits, according to him had also stolen a large number of animals.

“They took away many cows, sheep, and goats as well as foodstuffs,” Said Mohammed. He maintained that the village has been deserted for fear of the return of the bandits who he said had been attacking the people of the village in the past.

The Police Public Relations Officer in the state, SP Mohammed Shehu while confirming the incident said “the police have confirmed the killing of 20 people in that village but not 22.”

Shehu explained that the bandits were targeting the villagers because they ( villagers) gave useful information to the security agents which led to the killing of several bandits last week.

“The villagers told the security agents useful information about some bandits who rustled cows last week and the information had assisted greatly in locating and killing many of them.

“Since that time, the bandits were targeting the villagers in order to avenge the killing of their people.”

He said that the police command had drafted its personnel in order to arrest those bandits and bring them to justice.