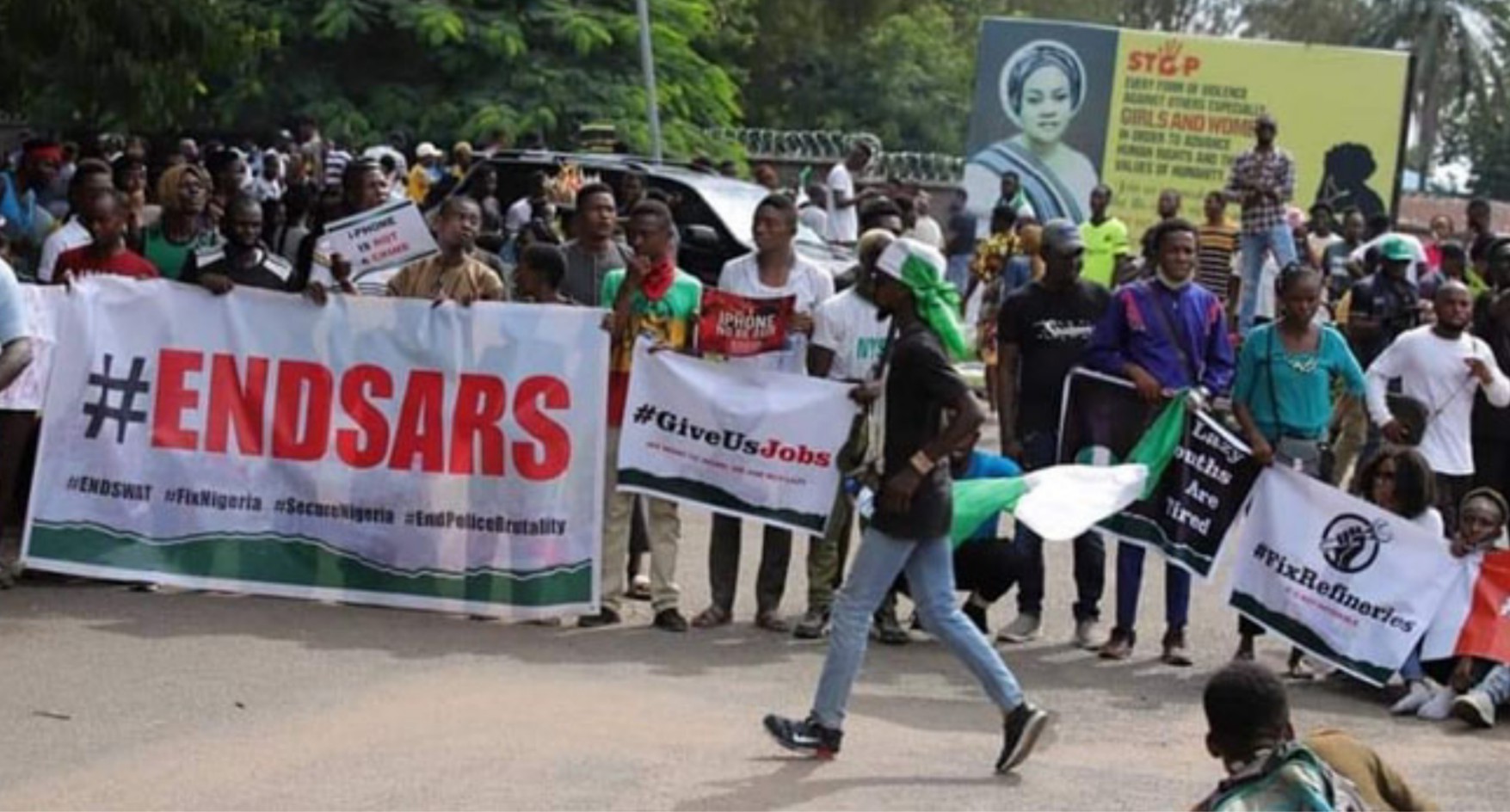 #EndSARS: We will not allow Lagos protest degenerate to anarchy, says Police

The Police Command in Lagos State on Wednesday reiterated its resolve to ensure that the ongoing #EndSARS protest would not degenerate to anarchy in the state.

This is contained in a statement signed by the command’s Public Relations Officer, Olumuyiwa Adejobi.

“In as much as we respect people’s opinions and rights, we will not allow the present situation degenerate into anarchy that can cause general insecurity in the state.

“Hoodlums will not be allowed to have free days to kill, destroy and loot people’s property with impunity.

“The command will repel any group of individuals that may want to continue with these heinous and barbaric acts across the state,” he said.

According to Mr Adejobi, “hoodlums have been causing mayhem in Lagos State under the guise of the ongoing #EndSARS protest.”

He said that protesters in the cause of the protest, had killed two policemen at Orile Police Station and wounded many at various stations, setting ablaze 10 police formations across the state.

“The violent and criminally-minded hoodlums descended on police stations and gruesomely murdered two policemen, while others were critically injured.

“They also looted the affected stations and carted away some valuables,” he said.

Others that he mentioned are the disbanded SARS office under Ajegunle, Ebute-Ero, Mushin (Olosan), Ojo and Ajegunle, where two patrol vans were set ablaze.

“Similarly, the hoodlums attacked three new generation banks and carted away unspecified amount of money, while some parts of the banks were set on fire before they were dislodged.

“Some of them were arrested with the loots from the banks, including arms and ammunition,” he said.

Mr Adejobi said protesters burned the Secretariat of Ajeromi Ifelodun Local Government Council, and some other private medical and commercial centres were attacked.

“On Wednesday October 21, the hoodlums again launched a series of attacks on many facilities within Lagos State.

”These include the Palace of the Oba of Lagos; Shoprite Ajah; Nigerian Ports Authority; the Governor’s mother’s house at Akerele; VIO/Federal Road Safety Corps offices at Ojodu, Lagos State; Magistrate Court, Igbosere; TVC station; the Nation Newspapers office, and many other shops were looted.

“Due to the persistent attacks and mayhem caused by the hoodlums, four people had been injured while others had lost their lives,” he said.

Mr Adejobi said the police, “in collaboration with other security agencies, however, remained committed to ensuring that law and order did not break down in the society.”