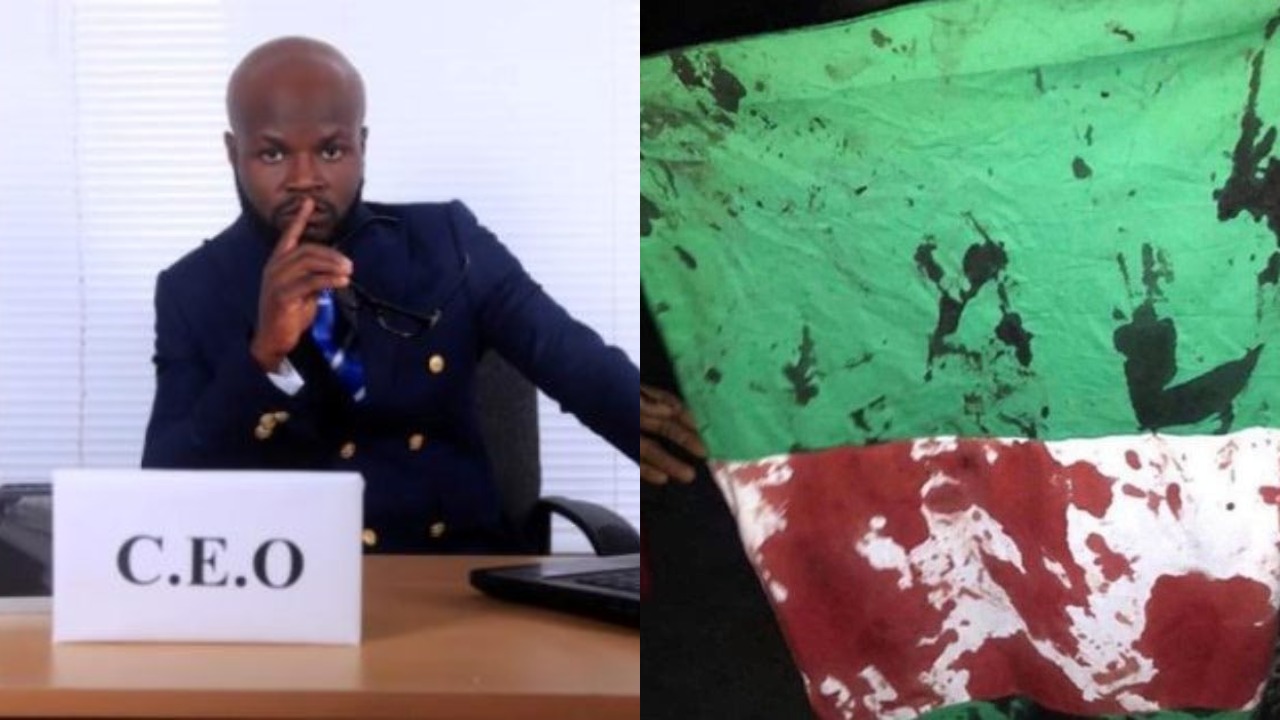 An eye witness of the Lekki Toll Gate shootings, Ideh Chukwuma aka Onesoul has revealed that he did not see anyone that was shot dead at the venue.

According to Onesoul in an interview with PremiumTimes, he was among those at the Lekki toll gate protests in Lagos .

When asked to describe what he saw on Tuesday night, Onesoul said: “What I will say is, I have been hearing people say “Lekki massacre, Lekki massacre.

I have to be honest with you if you Google the term “massacre,” massacre is a situation where a group of people were being killed by rebels or the military and going by that particular point, I would have been able to tell you that I saw a lot of dead bodies, this is how they killed them, there were a lot of dead bodies and so it was a massacre.

But from the time I came, I didn’t see any dead bodies but I can certainly tell you that there was a shooting, an unauthorized shooting. I will call it a raid, I will call it assault. I am going to term it assault and raid. That is what I would use. It was an assault and I may be wrong but because I didn’t see those bodies, and I have not seen a family member that has come to cry and say one two or three persons have died.”

“If DJ Switch had seen that, she’s in the best position to say that because she was there. I cannot say she’s wrong. I was out of that circle. I was a few meters away. They were at the toll gate and I was a few meters away from them. I wasn’t there, I was at Lekki Phase 1. I can’t tell you what the military’s approach on their arrival was.

So, I wouldn’t be able to tell you that they shot one, two, three, four, or five people. But I can certainly tell you that I took a lot of gunshot victims to the hospital. If I took about 13 people to the hospital myself, minus the ones that the governor confirmed that were injured, he said about thirty, that is forty-something, DJ Switch might not be wrong. I took 13 to the hospital. So, if DJ Switch said she saw 15 dead people, by her own records, because she was there so she can speak on that part. I can’t speak on that.”