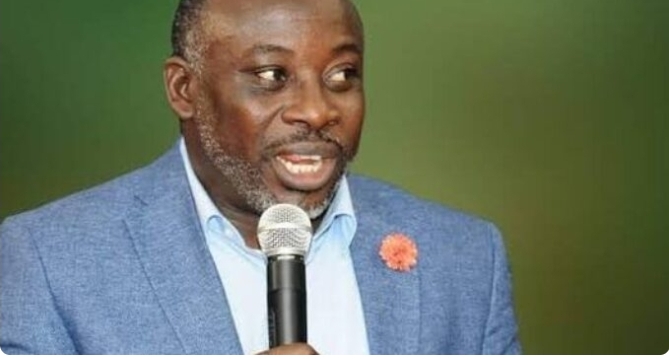 No politician should feel safe if #EndSARS crisis gets worse, says Kogi Rep

A member of house of representatives from Kogi state, Tajudeen Yusuf has stated that citizens protesting against police brutality and elites will record huge losses if both parties do not dialogue.

This was contained in a statement released by the House of Representatives member, Yusuf on Friday.

Yusuf said the elite would not feel safe in the country and the youth may get drafted into violent conflicts.

The special anti-robbery squad (SARS) was scrapped following demonstrations across the country.

Despite the dissolution, protesters continued to gather and hoodlums hijacked the protests to unleash mayhem on citizens.

Yusuf said the use of soldiers to disperse protesters at the Lekki toll gate in Lagos is shocking “and outrightly unfortunate”.

“If this crisis festers and becomes something else, no political elite should feel safe because not all would be able to escape the chaotic situation, even with private jets; if things worsen too dangerously, youth may get drafted into violent conflicts they never planned for and the old and the young as well as children, women and all stakeholders in Nigeria may face the worst time of our lives,” the Peoples Democratic Party (PDP) lawmaker said.

“Even the two World W1ars ended at the negotiating table; the best that we can all do now is to pull back from the brink, have frank dialogue and demand the institution of lasting corrective measures that may become part of our constitutional reforms.

“SARS started as a solution to the problem of armed robbery but unfortunately, it became a problem to citizens who sometimes allege that ex-robbers and criminal extortionists may have become part of the defunct SARS; members of SARS were mostly southerners but they caused inexplicable traumas in the south.

“Accumulated anger is being reflected in the rage we’ve seen, three years ago, loud protestations against SARS’ excesses were handled the same way we handle every other issue haphazardly with few long-term considerations.

“Our youth do not trust government because the spate of panels and half-measures as reflected in ineffective official reactions to ASUU strikes that started around 1991 show that we prioritize the wrong things and for higher education, things got so bad that our children got more used to the idea of going to Ghana, Cotonou and other places for higher education.”

The legislator urged the government to compensate the families of those who lost their lives and property in the demonstrations that degenerated into chaos.