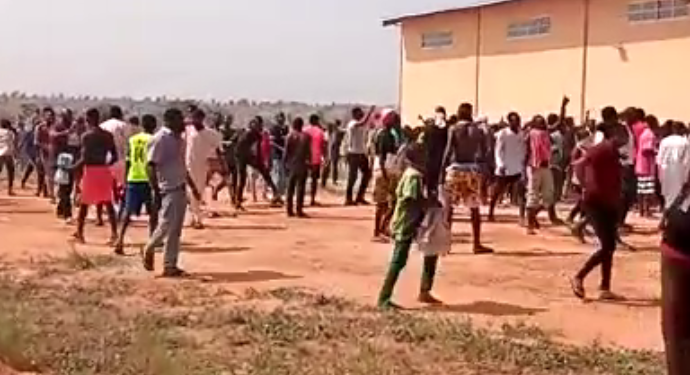 Hours after thugs reportedly broke a rice mill and carted away bags of parboiled and white rice valued at N188,465, 000, a rice miller identified as Mohammed Shemad has lamented the grave loss as he calls for help.

The rice miller, Alhaji Mohammed Shemad who is the Chief Executive Officer of Shemad Concept Nigeria Ltd on Monday morning disclosed that the thugs forced their way into his rice mill located at Bakin Kogi, a riverside community in Yola North local government area (LGA), and removed all the 10,615 bags of rice that had been processed.

Recall that thugs first broke into government warehouses in and around the state capital, Yola, in the morning of Sunday October 25 and took away all they could find, prompting Governor Ahmadu Fintiri to impose a curfew which took effect from 3pm Sunday.

The thugs had however defied the curfew, breaking into more government establishments and later veered by Sunday evening into private establishments, including Shemad Concept Ltd.

“Altogether, we had 10,615 bags of rice – 5,210 of them were perboiled rice and the rest white rice,” Alhaji Shamad said, explaining that his company sells white rice at N17,500 per bag and parboiled rice at N18,000 per bag to wholesalers.

Shamad said he was forced by the incident at his mill to employ thugs to guide his paddy warehouse, located some distance away in Maiyanka, a community in Yola South LGA.

At the warehouse where the interview for this story was conducted, the thugs, numbering over a hundred, milled around the gate of the warehouse brandishing knives, cutlasses and sticks that served as their weapons.

“Unruly as they are, I have to engage them to guard the warehouse because they are the only ones who can can keep other thugs away,” Shemad said.

He explained that he got and employed the thugs Sunday evening when he was called while still at his mill in Bakin Kogi that youths were about to force the paddy warehouse open.

Use of thugs as guards now sound right in an Adamawa State currently under the siege of thugs who were up to Monday morning still either looting or conveying their loot home and blocking roads in some remote communities to see if they could find hapeless residents with valuables to steal from.

Contrary to assurance by the state Police Public Relations Officer (PPRO), Sulaiman Nguroje, that police and other security personnel would be on hand to enforce law and order, most of the Yola metropolis, comprising Jimeta and Yola Town, had no police presence all of Monday morning up to the early afternoon when this story was filed.