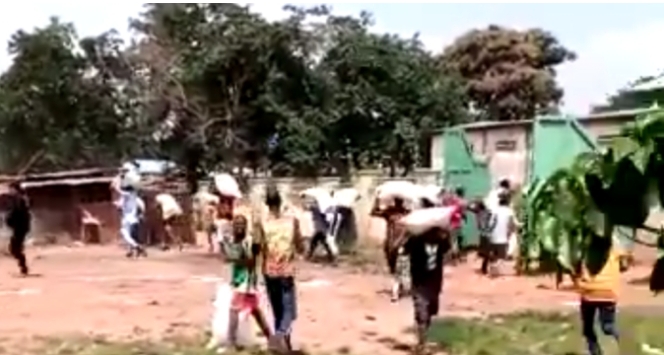 The looting sprees recorded recently might not end soon as some residents are targeting privately-owned warehouses in the federal capital territory (FCT).

WITHIN NIGERIA learnt that there were repors of break-ins at some warehouses in the nation’s capital on Sunday.

It was also learnt that mobs reportedly hit two warehouses at the Idu industrial district and another at Gwa-Gwa in the FCT.

FCT people have discovered palliatives that were stored in Gwagwa Karmo. pic.twitter.com/7RAsx3MEh9

Recall that an attempt made by a mob to break into the arts and culture centre located in Garki district was foiled on Saturday.

The arts centre which was burgled was used to store relief materials before the distribution to different parts of the territory at the height of the pandemic.

The angry youths including women believed that there were still relief materials stored at the centre and attempted to break in but they were repelled by some police officers who shot into the air to disperse them.

As at the time of reportage, the spokesperson of the FCT police command, Miriam Yusuf is yet to comment on the developments.

There has been looting of relief materials across the country in the aftermath of the protests against police brutality.