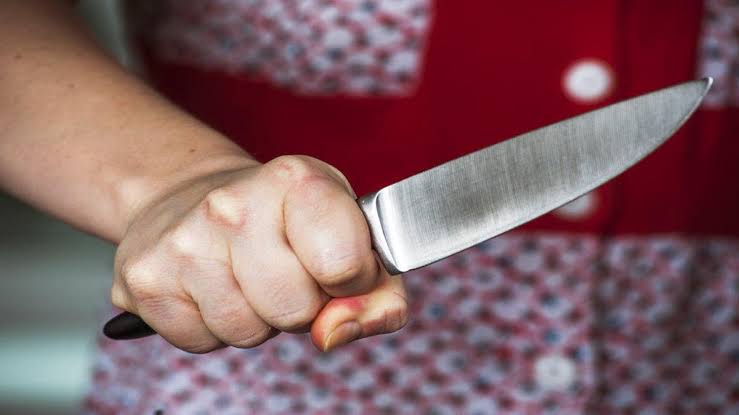 Tragedy struck on Sunday in Taraba state as a middle-aged woman reportedly cut off her husband’s manhood for impregnating another
woman.

It was gathered that the man identified as Babangida popularly known as Bangis who is in his early 30s suffered severe injuries on his genitals after his wife attempted to cut off his penis.

The incident happened in Appawa community, a suburb of Lau Local
Government of Taraba state at about 12: 15am in the early hours of
Sunday when Bangis was asleep.

A community source who is also a neighbour to the victim, said Bangis
went to the market and after a hectic day of sales, he was tired and slept off.

“In the dawn of the morning, the wife cut the manhood because he impregnated another woman. He fought back and collected the knife from
her but she also injured herself in the process.

“The neighbours heard screaming and shouting in the house and they
rushed to their house to see the sad incident,” the source said.

When asked why she made attempts to cut off her husband’s manhood, the
woman replied: “The Bible says we should cut off anything that can
make one to sin.”

Man hospitalized over attempt to enlarged manhood for…

Bangis was taken to a private hospital for treatment. Meanwhile, findings show that Bangis is yet to have a child with the woman.