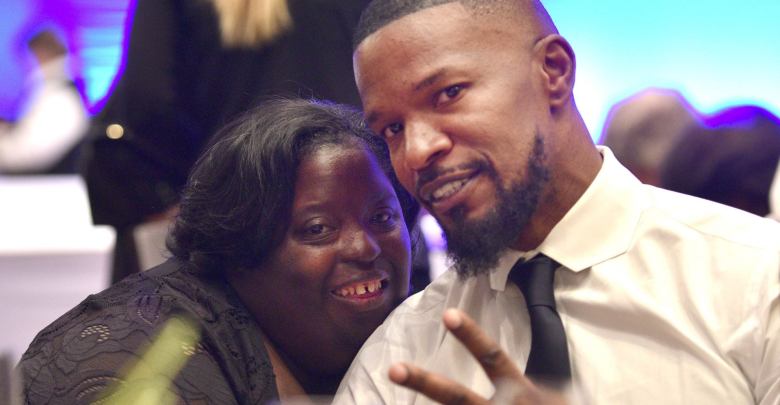 American actor, Eric Marlon Bishop popularly known as Jamie Foxx, is bereaved as he has lost his younger sister, DeOndra Dixon, to death. She died at on Monday, Oct 26, 2020, at the age of 36.

Foxx on Monday took to his verified Instagram account to announce his sister’s death while he posted a series of photos of him and his sister to go along with his emotional post.

“My heart is shattered into a million pieces. My beautiful loving sister Deondra has transitioned. I say transitioned because she will always be alive. Anyone who knew my sis knew she was a bright light,” he wrote on Monday.

“I can’t tell you how many times we have had parties at the house where she has got on the dance floor and stolen the show,” he continued, before joking, “even gave her boyfriend @chrisbrownofficial a run for his money.

“Well I know she is in heaven now dancing with her wings on…tho my pain is unbelievable.

“I smile when I think of all of the great memories that she left me, my family, and her friends, from dancing in the blame it video to the Grammys and becoming The ambassador to @globaldownsyndrome.”

“From sliding down my stairs with a grin as wide as the rio grand… to serenading us with all of her music.”

Dixon was born to Louise Annette Dixon and George Dixon — Foxx’s mother and stepfather respectively — in Dallas, Texas, in 1984.

She later started participating in the Special Olympics in sixth grade and had aspirations of becoming a professional dancer.

In 2011, she was named an ambassador for the Global Down Syndrome Foundation.