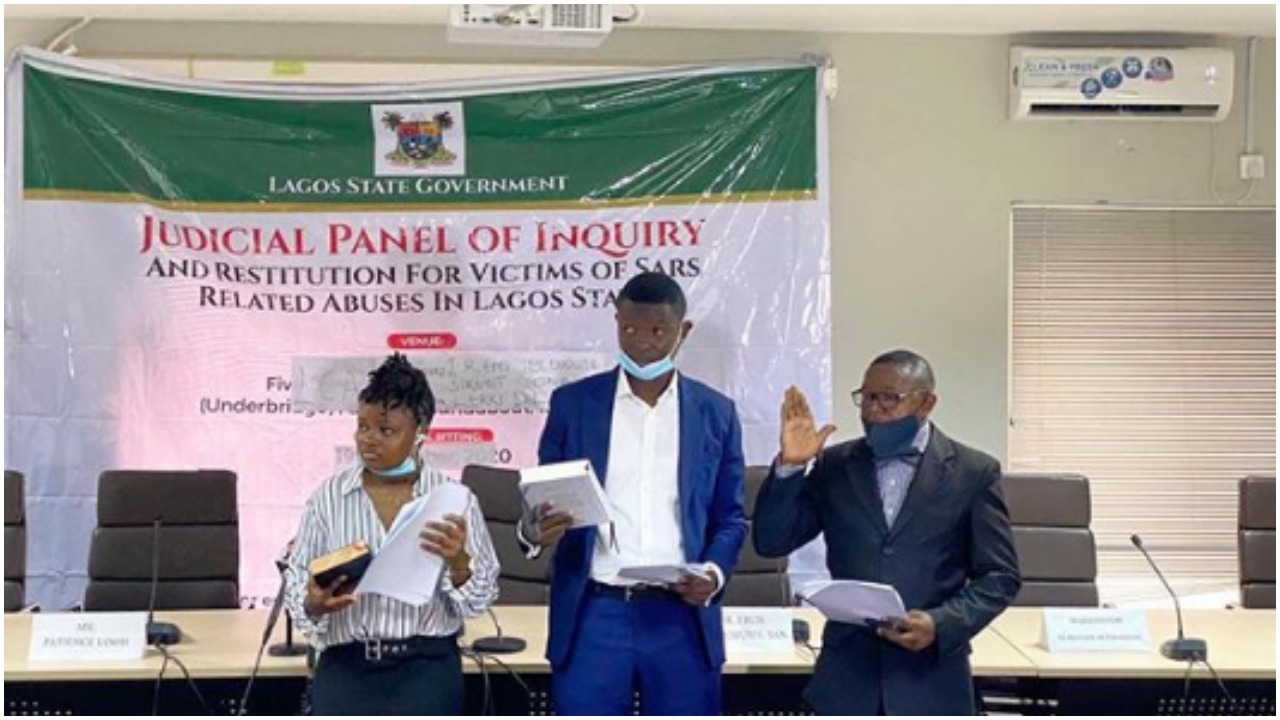 Nigerians on social media have reacted to the two Nigerian youths sworn in as a members of the #EndSars panel in Lagos state.

According to reports, the youths who have been identified as Rinu Oduala & Majekodunmi Temitope were sworn in on Tuesday, 27th of October to join the #EndSars judicial panel that was set up by Gov, Babajide Sanwo-Olu.

Within Nigeria recalls that the Governor had set up the judicial panel for justice following the series of police brutality in the state. According to Sanwo-Olu, his objective is to bring erring officers to justice and get compensation for the victims.

Other members of the panel that is chaired by Doris Okuwobi, retired justice of the state high court, include Ebun Adegboruwa, a senior advocate of Nigeria (SAN); Taiwo Lakanu, a retired deputy inspector general of police; Patience Udoh, a representative of the civil society; Segun Awosanya, a human rights activist; and Olutoyin Odusanya, director of Lagos Citizens Mediation Center.

See how Nigerians are reacting to this;

@oyindamolami_xo wrote “Gods protection over them”

@getfitwithjoesmal wrote “I cover them in the blood of Jesus”

@agunbiadeadebusola wrote “God be with them”