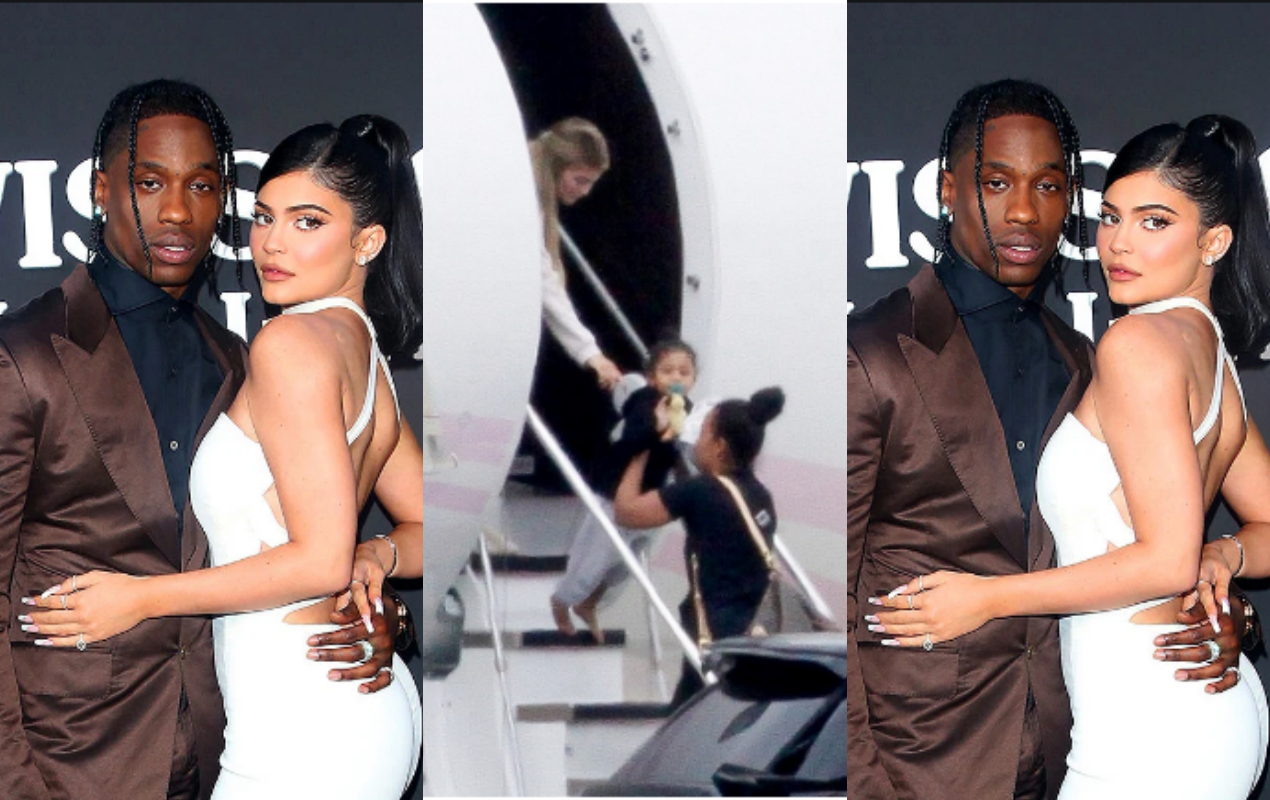 Kylie Jenner and Travis Scott reunite for weekend getaway with their daughter, Stormi

Popular self made billionaire, Kylie Jenner and her baby daddy, Travis Scott were spotted stepping off her luxurious 72.8 million dollar private jet on Sunday.

This is coming after they enjoyed a weekend getaway with their two-year-old daughter, Stormi.

While disembarking from her luxury aircraft, the beauty entrepreneur flaunted a pink Hermès handbag.

The controversial mother of one looked every inch of a billionaire boss lady as she guided her tot down the stairs.

After the amicable exes’ little girl was safely in the arms of a trusted employee, the  hip-hop superstar followed Jenner’s lead with two designer suitcases in his hands.

Travis Scott kept his look casual upon returning to Los Angeles, as he styled a green and blue patterned jacket with grey cargo pants.

The beauty, who dined at The Nice Guy in West Hollywood, accessorized her all-black outfit with a leather purse, coordinating boots and her hair in a sleek bun.

While attempting to keep a low profile by shielding her eyes, the E! star flashed her perfectly manicured burgundy nails and a glimpse of her taut stomach. 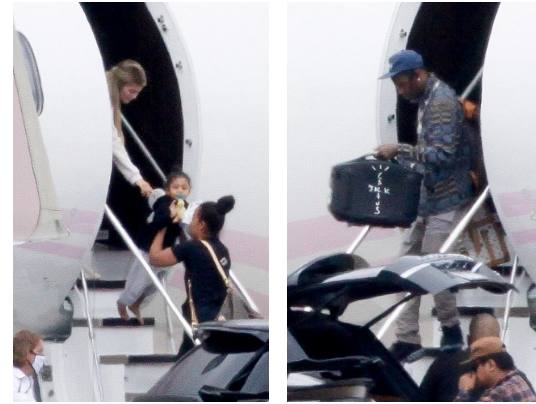