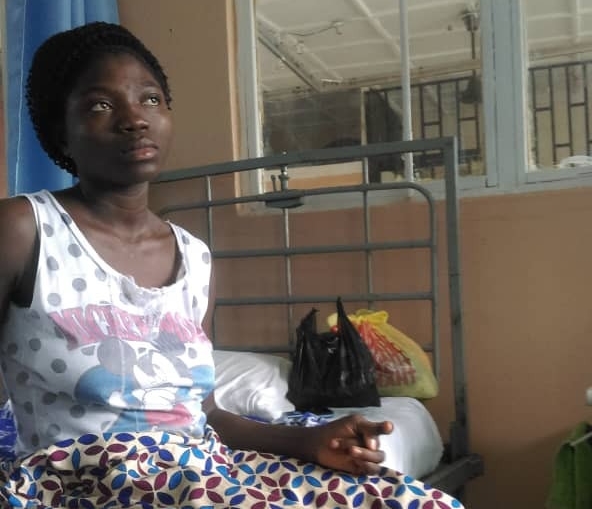 After much pressure, management of University of Benin Teaching Hospital (UBTH) has released a young woman who was detained in the hospital for six months over unpaid bills.

It was gathered that the patient, Bidemi Taiwo was admitted in the hospital on March 23, 2020. She gave birth to a baby boy through cesearan section but lost the child.

Since then authorities of the UBTH detained her over non-payment of the bills said to be over five hundred thousand naira.

A lawyer, Jefferson Woghiren who took up the case, confirmed the latest development on Saturday, October 31.

“Breaking!!!! University Of Benin Teaching Hospital, UBTH, Benin finally submitted to superior reason this morning, as Miss Bidemi Taiwo, has been Ordered to leave the hospital. We demand the release of other similarly imprisoned patients. Poverty is not a crime” he wrote.

Bidemi’s father, a peasant farmer Mr Sunday Oyebamiji has thanked the management of the UBTH for their magnanimity in writing off the debt which, as at August 2020, accrued to about six hundred thousand Naira. He also appreciated Mr Jefferson and his team for their support.

Meanwhile, Mr Jefferson in a statement issued in Benin City on October 29, said that it is a criminal offense to detain a patient over a civil debt without court order.

“It is a criminal offense to detain a patient, in a hospital, by hospital management, or their agents, due to debts accumulated by a patient, in consequences of health care treatment. Nobody, I repeat, nobody is permitted to detain a debtor, over a civil debt, without the order of court, which is unlawful,” the statment reads.

“The management of UBTH, Benin City, is liable in law, for false imprisonment, emotional distress and agony, in a civil action, and of kidnapping, assault and breach of public peace in a criminal charge. A patient and doctor relationship is contractual, bound by the Law of Contract

“Doctors offer services to patients in legitimate expectations of payments. Breaches or Inability to fulfill contractual obligations, cannot result in the detention and imprisonment of one party, in a private facility, by the other, personally or by their agents, in consequences of same

“There is no law, that makes services provided by doctors, either public or private, exceptional, and above the Law of Contract. Let this victim of this idiotic, seasonal and reprehensible breach of rights, now languishing in UBTH Prison, get a lawyer, and sue the Honorable Minister of Health, The CMD of UBTH, and Matron, directly in charge of her detention for the past six months, following her inability to fully pay her hospital bill. #SHAMEUBTH Enough is Enough.”