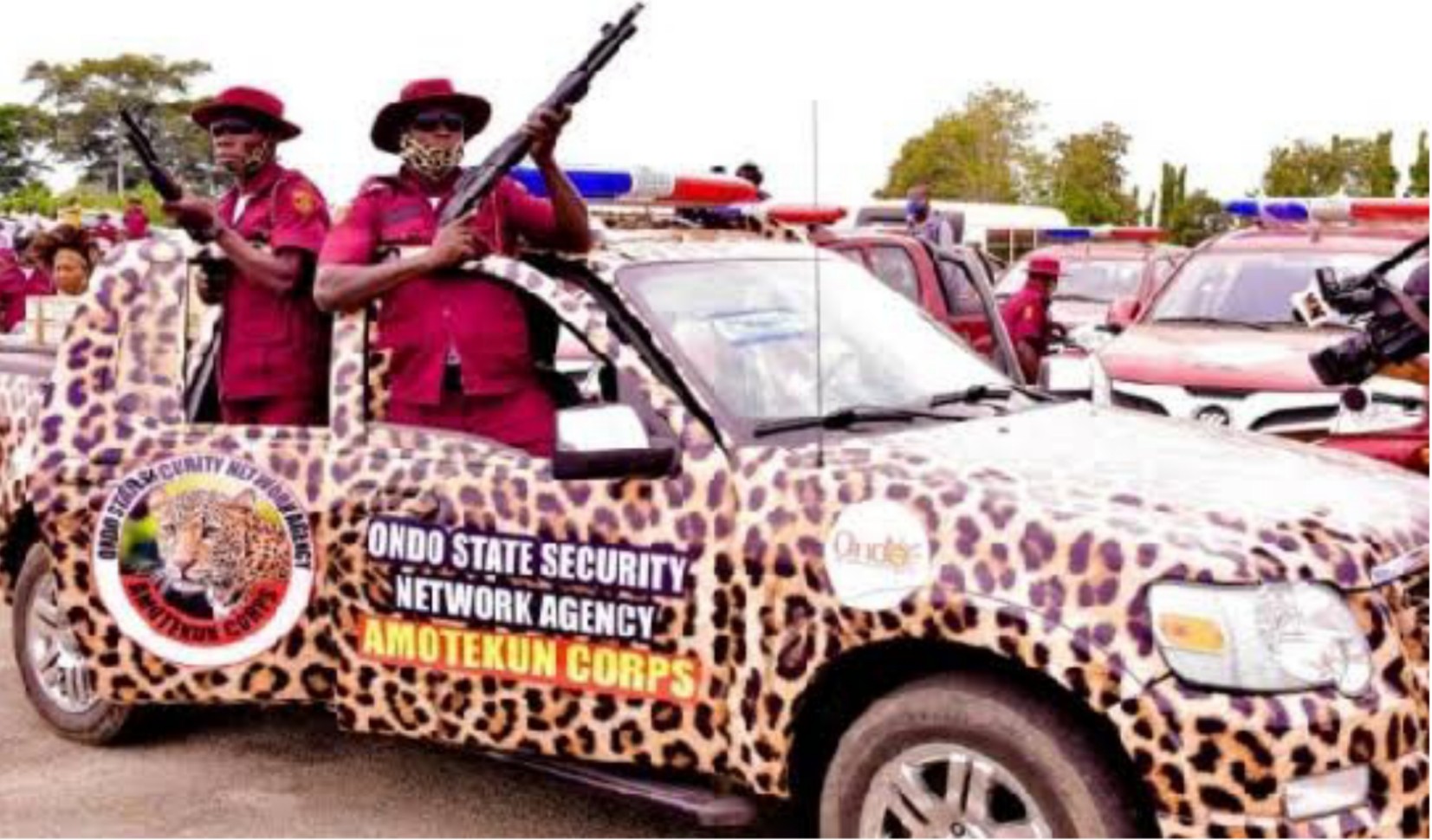 The Ondo State Security Agency, Amotekun, on Monday disclosed that six suspected hoodlums who allegedly participated in looting, arson and other crimes during the #EndSARS protest in the state have been arrested.

Disclosing this to newsmen in Akure, Ondo state capital, the Commandant of the security agency, Mr Adetunji Adeleye, said the suspects who were arrested in various parts of the state have confessed to their roles in various crimes perpetrated during the protest which was hijacked by the hoodlums.

According to Adeleye, the suspects, which include Femi Ibine, Oyewole Olayeye, Omotubora Iyanuoluwa and Olamiju Sunday, were arrested with exhibits linking them with looting, arson and attacks at police stations in the state.

Adeleye listed some of the items recovered from the suspects to include police cardigan, police boots, police riffle and motorcycle.

He noted that some of the items recovered from the suspects indicated their participation in the burning of police stations and looting in the state.

The Amotekun Commandant, however, said the suspects would be handed over to the relevant security agency for further investigation and prosecution if necessary.