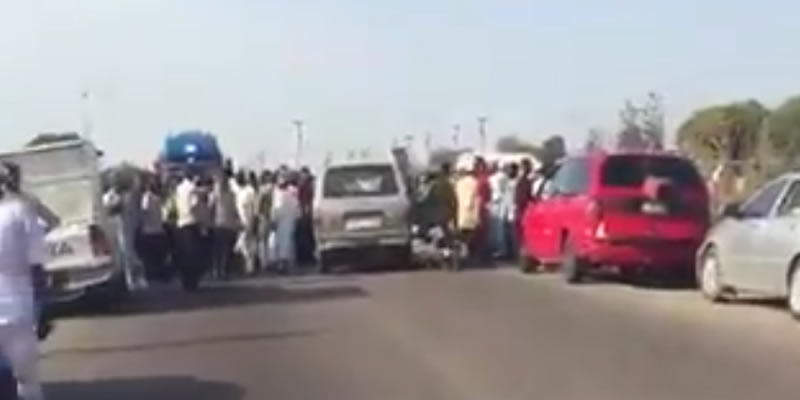 The senseless killings of 15 commuters on Sunday at Gidan Busa close to Rijana at the Kaduna end of the Abuja-Kaduna expressway have been condemned by the Nigeria Labour Congress (NLC).

According to the NLC President, Ayuba Wabba, the Gidan Busa attack was arguably the most horrific and represented the height of impunity and lawlessness.

“We at the Nigeria Labour Congress would wish to condemn the senseless slaughter of no fewer than 15 commuters on Sunday (15/11/20) at Gidan Busa, close upon Rijana at the Kaduna end of the Abuja – Kaduna express way.

“Scores were reportedly wounded and scores more herded into the bush as over twenty vehicles were said to have been stopped and attacked.

“The lucky ones that escaped live with the scars or trauma of the attack, waiting for another day.

“The Gidan Busa attack is not only one too many a on that road, especially, at the Kaduna end of the road in recent times, it is arguably the most horrific and represents the height of impunity and lawlessness.

“We are afraid to state that our security agents have not done enough to contain the surge of violence on that road.

“In the past couple of weeks alone we have recorded multiple attacks in and around the same spot qualifying it to be designated a dark spot.

“We also need more intelligence as reaction almost always comes after damage has been done.

“We do need mobile recce on a sustainable basis instead of the present ad hoc arrangement.

“Last but not the least, what has happened to the highway safe houses of yore?

“Nonetheless, we make bold to say that we need community participation as our security agents alone cannot solve this problem given its spread.

“Except something is urgently done, we are fast degenerating into anarchy, with no place to hide.

“It is enough that the roads are bad and accident-inducing in addition to extortions, especially of food vendors.

“We call upon our security agents to rise to the renewed challenges of internal security.”