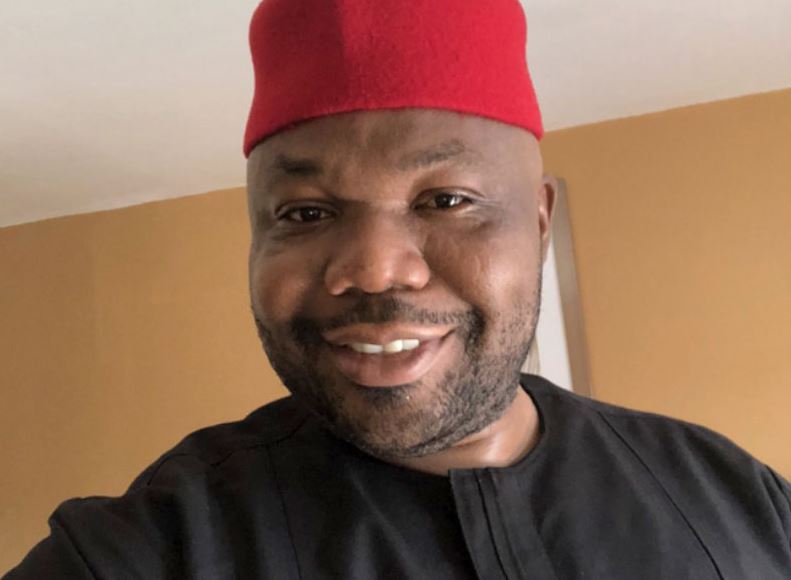 Journalist, Jackson Ude Recounts How US Gave Him Everything While Nigeria Failed Him

Jackson Ude, a former Director of Strategy and Communication to ex-President Goodluck Jonathan has recounted how the United States of America gave him everything he has now while Nigeria failed him.

Taking to the micro-blogging platform, Twitter, in a lengthy post the former presidential aide recalled how he arrived the JFK Airport in New York from Nigeria with $20 in his pocket and an OND from BIMTECH now Fidei Polytechnic, Gboko, Benue.

On this day Nov 16 2002, @ 23yrs old, I arrived the United States via JFK Airport, NY, from Nigeria with $20 in my pocket, an OND from BIMTECH now Fidei Polytechnic, Gboko, and a heavy load of ambitions to do everything legally to succeed and make my poor, parents proud!

18yrs after, the U.S made me what my country of birth failed me: Two Bachelors Degree free of charge, a Master’s Degree from Canada, free of Charge, a guaranteed top level employment in NYC without bribing anyone, health Insurance, security, citizenship and more.

I won’t forget Iya Wasiu at the Ikorodu Police Barracks. During the rainy season, she would engage me to work her farmland. I would make the heaps for yams, plant cassava and other stuffs. After all the works, I would have blisters on my palm but happy with the money. I was 16yrs

In all, I kept a positive outlook. I believed in myself. I was never shy to wear the same clothes everyday, I was never shy carrying my hoe and cutlass in search of the next farm to work for a fee, I was never shy shouting “Obalende Siemens” as a conductor. I needed to survive!

I was still focused in my academics in Ikorodu High School. I was considered one of the most brilliant student in that school. I trekked for from the Police Barracks in Igbogbo Rd Ikorodu where i lived to Ikorodu High school, Sagamu Rd, Ikorodu. It was indeed a journey!

When I finished Secondary school, my parents didn’t have the funds to pay my fees at the University of Calabar where I got admission. I left Lagos to return to Gboko where my parents lived and joined my dad in selling Okrika in Bush markets such as Buruku, Ihugh, Tyowanye etc

It was while in Gboko, I found out about BIMTECH now Fidei Polytechnic. I applied and got admitted. While in my first semester, I got admission to the University of Houston, Texas. I was just too ambitious. I couldn’t help it. I told my dad. I needed $10k for fees and others

He went to his entrepreneur brother in Aba foe a loan. But the man refused. He told my dad he has his own kids to send to school too. My dad and I returned to Gboko disappointed. On our way, I saw how disappointed my dad was. I told him I will go to the U.S one day. He chuckled!

After graduating from BIMTECH now Fidei Polytechnic, Gboko, with Distinctions in OND, Mass Communications, I took my certificate back to Lagos in search of greener pasture. I was introduced to Bala Dan Abu, a former Editor of News Watch Magazine and a contemporary of Dele Giwa.

Mr Abu who is now SA to the Taraba Governor looked at me and asked how old I was. I told him I was 18 approaching 19. He said I was too young and that I should go back to school. I insisted I want to work. I told him my family challenges. He then decided to give me a chance.

This was how my journey in journalism started until I ended up in Abuja, courtesy of The Diet Newspapers, owned by James Ibori, which had transferred me to Abuja to cover the National Assembly. I witnessed the 1999 handing over and the inauguration of the 1999 set of Lawmakers.

Once The Diet was rested, I was invited to join The Post Express owned by late Sunny Odogwu. It was in the Post Express that I ran into trouble with President Obasanjo after I had reported a secret deal between him and late Robert Mugabe. I and three other Editors were suspended

Our suspension was reported in the newspapers to appease Obasanjo who had threatened Odogwu. Few days after I was suspended, I left Abuja on the advice of my Editor who told me I was under surveillance by the DSS. I went into hiding in Aba.

While in Aba, I got info that Reporters Without Boarders, had contacted my office and are interested in my situation. I got a U.S visa and in November 16 2002, I left Nigeria. I left all the pains and struggles to survive. I left the country that has failed her youth population!

Today, I am happier. Blessed with my own businesses, properties freedom, and all. I am a true definition of the American Dream. My hope and prayer is that one day we have what is called a Nigerian Dream where leaders pay attention to developing the country instead of looting! 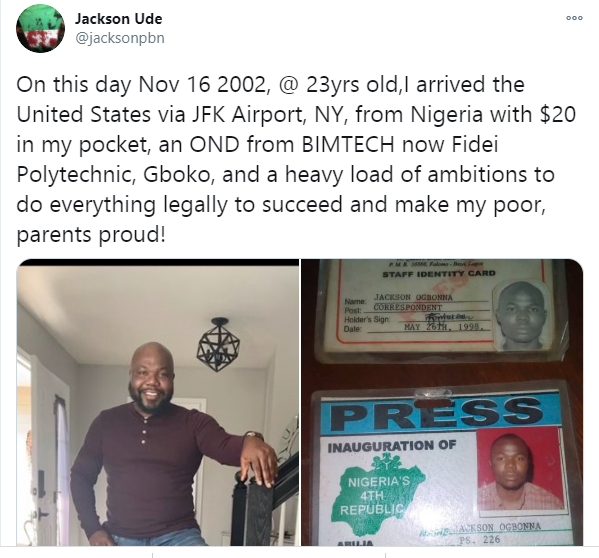