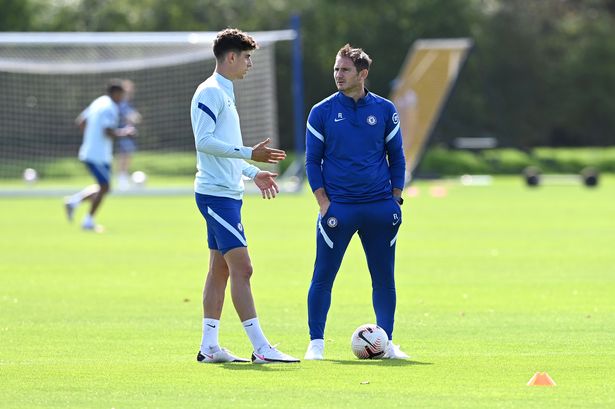 Champions League: Lampard Reveals When Next Havertz Could Play For Chelsea

Frank Lampard, Chelsea manager, believes Kai Havertz will be in contention to face Rennes in the Champions League on Tuesday, after missing two weeks with the coronavirus.

The 21-year-old got a positive test shortly before the last Champions League clash with the Ligue 1 side and has been in self-isolation.

It is understood that Havertz has been training at home on an exercise bike after recovering from mild symptoms associated with the virus.

Despite his training being disrupted, Havertz could be set to feature as Blues seek qualification for the knockout phase with a win at Roazhon Park.

“I hope he is available. He’s been in for two, three days training doing some individual work and he looks pretty good,” Lampard said of Havertz after his side’s 2-0 win away at Newcastle.

“Kai is a naturally fit boy. I hope to have him travelling with us to Rennes on Tuesday. Maybe get some minutes. I’m not sure how many because it was two-week isolation but he looks in good shape.”