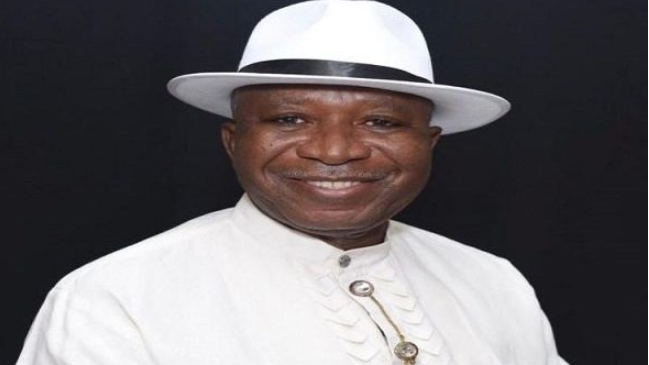 The Interim Administrator of Presidential Amnesty Programme (PAP), Col. Milland Dikio has stated that the office is owing contractors N71.4bn.

Dikio said the sum which was arrived at by an investigative committee, is higher than the annual budget of PAP.

He, however, explained that payment of the contractors would be based on terms contained in their contractual agreements.

Speaking in a live television programme on Tuesday, Dikio also revealed that some PAP beneficiaries might undergo pipeline protection training to enable them earn extra cash.

He said: “The investigation committee established that contractors were owed about N71.4bn and that is way above our yearly budget of N65bn. On our part, what we are committed in doing is to ensure prudent allocation of funds in need-driven line of expenditure.

“I want to also say that apart from the verification done by the investigation committee, we had also completed a reconciliation of those figures before I went on tour. So when I come back, we are going to start payment after a review of our records. We want to assure our contractors that their payment will be based soly on their terms of contract”.

He added that he was determined to achieve the mandate of the scheme in line with the standard set by the United Nations.

The amnesty boss, who said a tenured appointment for the manager of the programme was never envisaged by UN for such a scheme, noted that with a few qualified workers, PAP would achieve its aim in record time.

His words: “I am very conversant with how the UN runs its DDR programme. The amnesty office has become a place for tenured appointment. That is far from how to operate a programme like this.

“I intend to reorganise the place with the blessings of my superiors to create a lean and efficient machinery so that we can drive each phase of the programme with the requisite qualified staff, so that we can deliver set targets on time.

“My work is cut out for me. When  I was appointed and resumed on September 21, an investigation  committee had done extensive investigations of what transpired and i just think that we are not going to be dwelling on the past. But, if we learn the lessons of the past, we will do better”.

Dikio said he planned to digitalise the operations of the Amnesty office and make it more transparent to reduce corruption.

“There are many complaints that I think are process-driven. For instance, we want to digitalise our operations and create a system in which there will be transparent transactions. If we do that very well, it will reduce the incidences of corruption,” he added.

On complaints of non-payment of some allowances, he said the Amnesty office would only pay for benefits captured in the books.

He said the school fees and other allowances of most of the scholarship beneficiaries under the scheme had been paid, adding that the issue involving 1,880 students were being resolved.

“All the students abroad have been paid. Most of the students in Nigeria had been paid. But, there was an issue with 1880 students who did not lend themselves to the verification process. They told me they were not able to verify because of the Coronavirus pandemic.

“As that was being resolved, the issue of #EndSARs came up. So, I proposed that all those students to be verified should do what is needed about addressing their identities. I passed on a message that they could go to the court to swear to an affidavit that they are who they say they are and that they are bonafide students of the universities they claim to be.

“Take the affidavits to their heads of departments or their dean’s to authentic. All those returns had been sent in. I have been on tour for 13 days now and when I go back, I will look at the list, approve payment and we will deal with that. We will at the appropriate time authenticate if those submissions are true.

“It is a tough task, but we are confident that with the cooperation of all the critical stakeholders, agencies of Federal Government and the likes that we will achieve that objective”.

Dikio said his office was committed to enhancing the package of  beneficiaries of the programme, adding that he had contacted the Minister of State for Petroleum, Chief Timipre Sylva, on absorbing some of them into pipeline protection  training.

He said: “If we do a good packaging and exiting them into the independent entrepreneurs, they will be in a position that they earn more than 65,000 and rather become net employers of labour.”

“As a matter of fact, the Minister of State for Petroleum has thrown an olive branch to us and we made a submission. We want to partner the Ministry of Petroleum to transit some of our trainees into pipeline protection programmes.

“That will enable them earn more money than N65,000. We dont want to leave people dependent on stipends”.