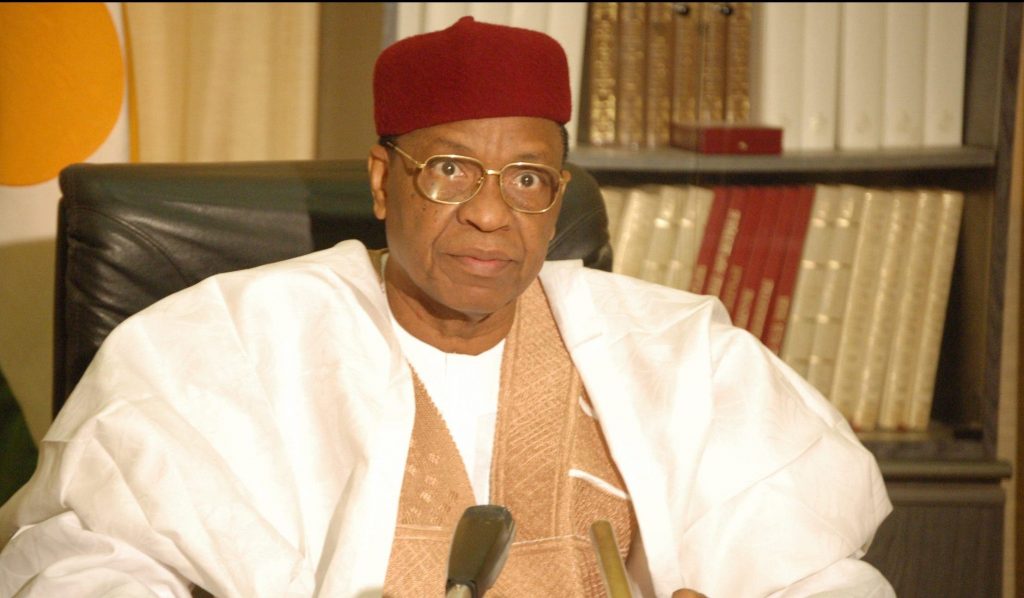 The Former President of Niger, Mamadou Tandja is dead.

Niger government confirmed his death in Niamey on Tuesday but did not state the cause.

It declared “three days of mourning throughout the national territory” for the 82-year-old.

In a statement read out on public television, serving President Mahamadou Issoufou’s office said the 82-year-old’s death would be marked by “three days of mourning throughout the national territory”.

Tandja was forced out of power in February 2010 after plotting to remain in office despite a two-term limit.

He was succeeded by President Mahamadou Issoufou in 2011.

The former leader had been ill for several years and was flown to France, Germany and Morocco for treatment.

Tandja passed away as Niger prepares for the December 27 presidential election.