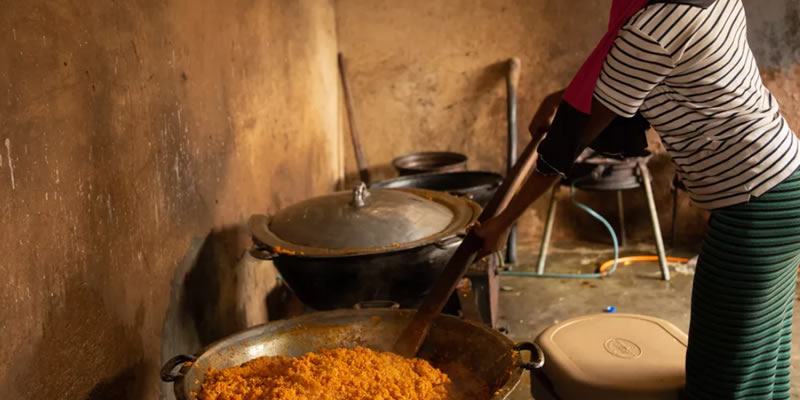 Akwa Ibom State police has called for useful information regarding the story about one Glory Edet, an eatery operator on Itam street, Uyo, as they deny having her in custody.

Glory was blamed for cooking with water used in bathing corpses to attract and retain her customers.

The Command’s Public Relations Officer, SP Odiko Macdon gave the rejoinder in an explanation on Thursday following on online news that the other captured woman who was said to have admitted to the wrongdoing.

The statement reads in parts, “the attention of the Akwa Ibom State Police Command under the leadership of CP ANDREW AMIENGHEME, FDC has been drawn to an online message which has gone viral.

”In the said message, one Mrs Gloria Edet who is alleged to own a big and popular restaurant along Itam market road, Uyo, was said to have been arrested and detained at the State Police Headquarters, Ikot Akpan Abia, Uyo, for buying from a mortuary attendant, water used in bathing dead bodies in preparing her meals for sale.

”For the avoidance of doubt, the Akwa Ibom State Command has not arrested, interrogated or had in custody any Mrs Gloria Edet.

The PPRO warned peddlers of fake information to desist forthwith or face the full weight of the extant law.

ICC allegedly plan to release a trumped-up report on alleged…