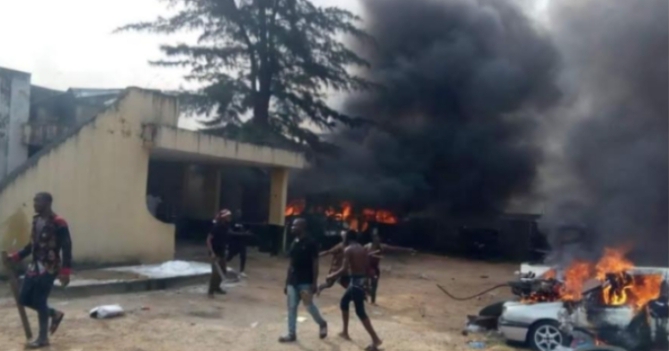 The private sector-led coalition against COVID-19 (CACOVID) has promised the sum of N100 billion to procure new equipment for police officers and rebuild police stations that were destroyed during the crisis that followed the protest against police brutality.

Recall that the #EndSARS protest started peacefully in October but later got hijacked by hoodlums, resulting in vandalisation and looting of public and private assets in the country.

In a statement released on Wednesday, the coalition said it was determined to restore security in all locations of the affected police stations.

“CACOVID has committed to fully rehabilitate all 44 damaged and destroyed police stations nationwide in a bid to restore provision of security in affected locations,” the statement read.

“So far, over N25 billion will be domiciled in a fund to support these entrepreneurial pursuits, which would also include acquisition of related equipment to conduct business activities.”

The coalition added that graduates with entrepreneurial skills will benefit from its joint venture with Bankers Committee to complete the creative center at National Arts Theater, Lagos.

CACOVID said it received a total of N39.64 billion as donation from members of the private sector and spent N43.272 billion on various interventions.

It said N13.2 billion was spent on medical facilities and equipment, N28.7 billion on food supplies as palliatives to 1.7 million households which translates to 8 million Nigerians and the rest went towards creating awareness about the coronavirus.