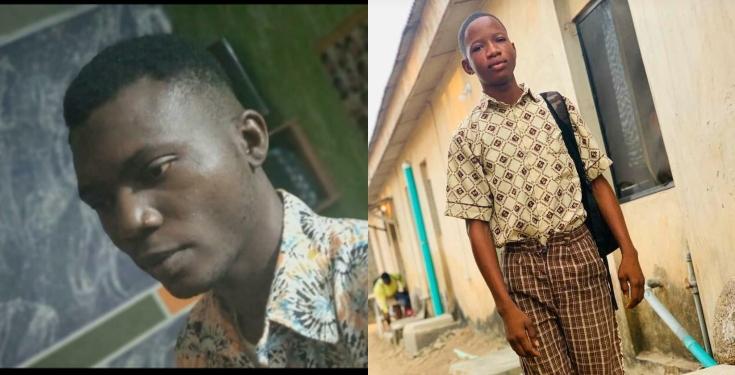 For not answering a Math question, a secondary school teacher has allegedly beaten one of his students to death in a school in Ikorodu, Lagos.

According to Twitter user, @RidwanOyewunmi who shared the story, the
teacher, Emmanuel is currently on the run and he claimed the school helped him to escape.

Read the story below….

Mr Emmanuel(frame 1)is a sec school teacher at Elihans college, Ikorodu in Lagos

He beat up my brother Boluwatife Omelaja(frame 2) to death on 26th of November in the school premises because he couldn’t answer a math question he was asked correctly.
The school initially made us believe he slumped and died while he was trying to answer the question on the board, a boy who wasn’t ill or showed any sign of sickness before.” 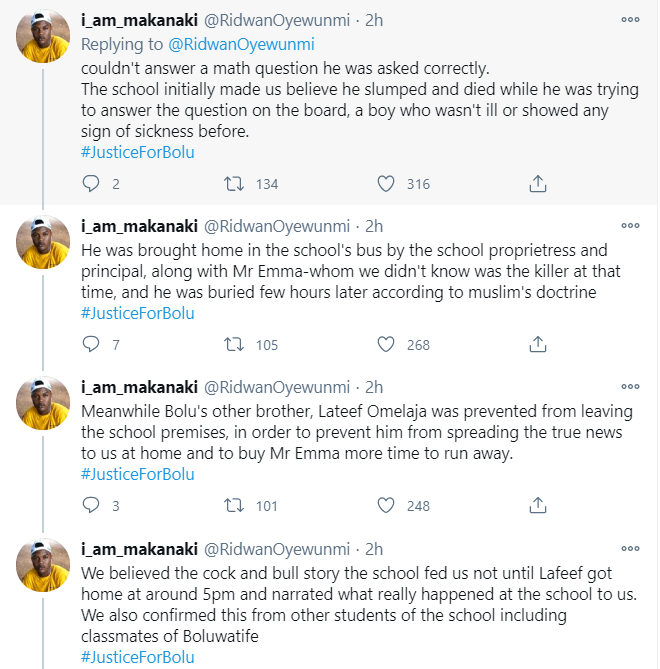 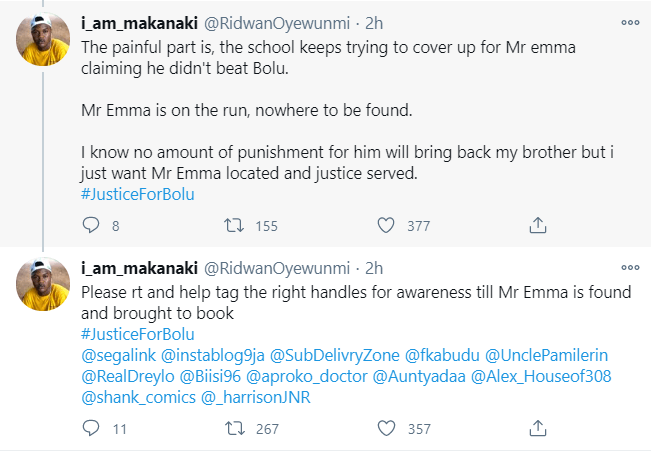