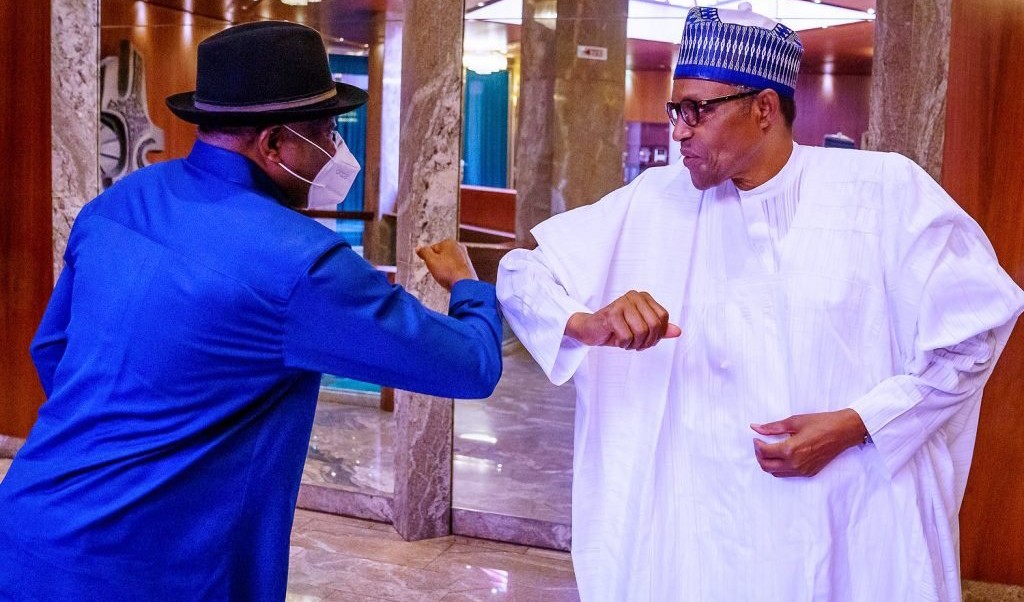 The All Progressives Congress (APC) has said former president, Goodluck Jonathan, has been working for the current government.

Nabena also slammed the Peoples Democratic Party (PDP) for not being a worthy opposition.

According to him, Jonathan has been working for the President Muhammadu Buhari administration, because he is a ‘progressive’ statesman.

The visit by some APC chieftains to Jonathan last Friday, who contested in the 2011 and 2015 presidential elections on the platform of the PDP, raised the stakes in permutations for the 2023 general elections.

But Nabena said, “We are not desperate. Goodluck Jonathan has been working for this government, he has been going to all African countries.

“If he is not a progressive person, he won’t have been working for this government.”

Also appearing on the show was PDP spokesman, Mr Diran Odeyemi who said a number of APC governors are set to defect to the PDP.

Odeyemi reiterated that the APC is set to witness a couple of top defections to the PDP.

“Many APC Governors are talking to us,” Mr Odeyemi said. “Perhaps Nigerians have not seen the end of these activities. More Governors from APC are coming to join us. And I’m saying it with all emphasis.

“The question we have to ask ourselves is, what has been the achievements of APC now, that will now warrant people to join them, if not for selfish reasons? Nigeria knows which party to vote for in 2023 and that’s what we rely on.”