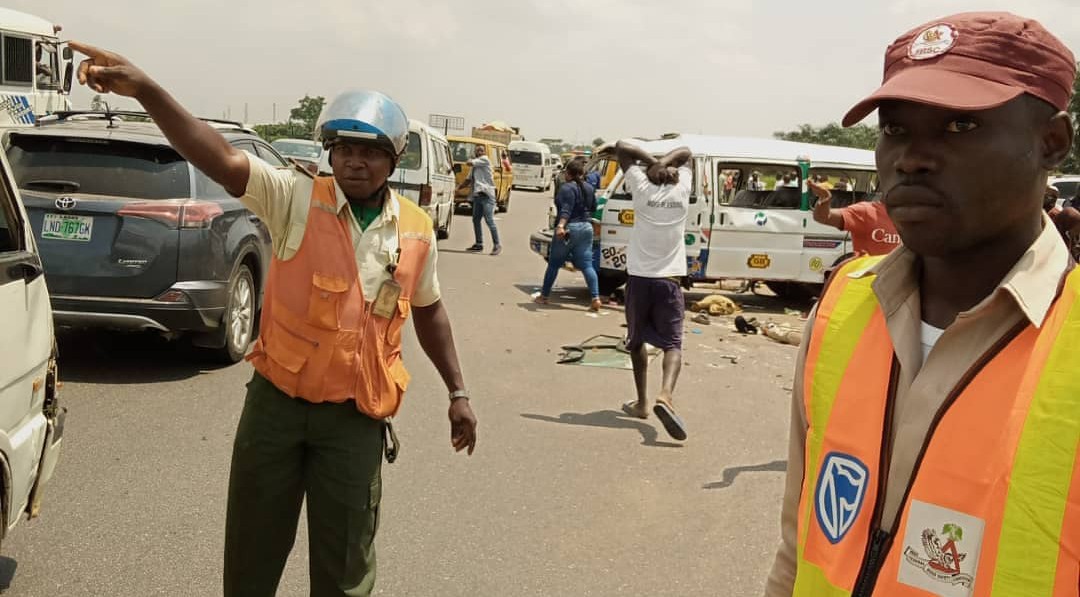 No fewer than six people were confirmed dead in an accident which involved a truck and a Honda Pilot Jeep in the Ogere area on the Lagos-Ibadan expressway.

One other person was seriously injured in the accident.

The Sector Commander, Federal Road Safety Corps (FRSC) in Ogun, Ahmed Umar, confirmed the incident to the News Agency of Nigeria (NAN) on Saturday in Abeokuta.

According to Mr Umar, the incident happened around 7 a.m. and was caused by excessive speeding on the part of the jeep driver.

The sector commander explained that eight men and a woman were involved in the accident, noting that five of the men and the woman succumbed.

He stated that the driver of the Honda Pilot Jeep, marked LSR 525 FY, who was on “excessive speed, lost control of the vehicle and subsequently rammed into the moving truck with registration number KRV 716 ZV.

Mr Umar added that the injured passenger was taken to Idera Hospital, Ogere, for treatment while the deceased were deposited at FOS morgue in Ipara.

ICC allegedly plan to release a trumped-up report on alleged…