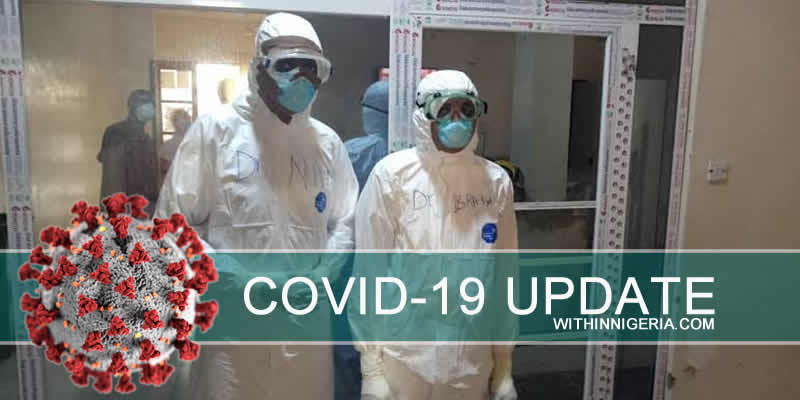 As the battle against Coronavirus continues, Nigeria has recorded 110 new confirmed cases of the deadly virus in 10 states and the federal capital territory (FCT).

This was disclosed by the Nigeria Centre for Disease Control (NCDC) via its daily update for November 28, 2020.

The Saturday figure is less than half of what was recorded on Friday — 246 samples were confirmed positive for COVID-19 on November 27, 2020.

Nigeria’s daily count of new cases dropped to as low as 56 on November 23 – the lowest since October 24 while the Saturday figure is one of the lowest in the present month.

According to the breakdown, two states and the FCT recorded the most infections — 26 in Lagos, 23 in FCT, and 20 in Kaduna.

However, no new death was recorded on Saturday, leaving the death toll at 1,171.

According to the NCDC, the number of new recoveries increased slightly over the past 24 hours with 133 people discharged, including 70 persons in Lagos — meanehile, 101 people were confirmed to have recovered on Friday.