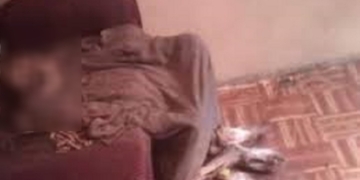 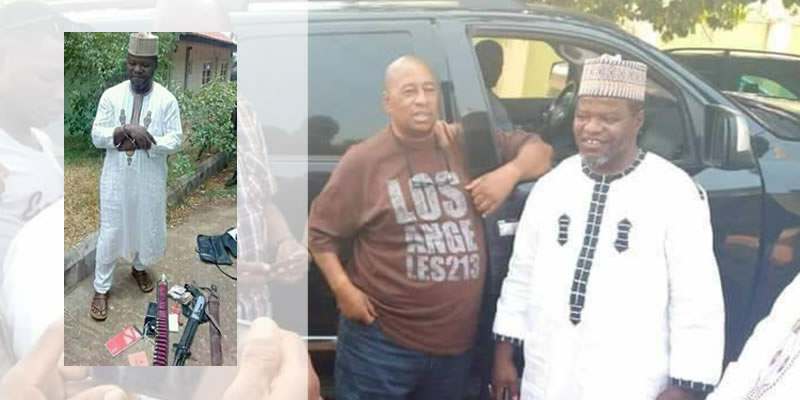 A suspected member of the Boko Haram terrorist group, Alhaji Aliyu Tashaku has made pally with the All Progressives Congress, APC.

WITHIN NIGERIA learnt that Tashaku reportedly joined the APC on Monday, November 30, 2020, in order for him to contest for Makurdi/Guma Federal Constituency in Benue State.

He was a card carrying member of the Peoples Democratic Party, PDP until his defection to the APC.

According to multiple reports, Tashaku was arrested few years ago for allegedly having links with the Boko Haram Terrorist group that has been maiming and killing Nigerians in North East and North Western part of the country.

Ahmad Salkida, a journalist known to have access to the leadership of Boko Haram, also confirmed that Tashaku whom the military gave out his identity as ‘Aminu Yaminu, aka Tarshaku’, was the insurgent commander, captured in Benue state and that he once shared a cell with Mohammed Yusuf, founder of the sect.

WITHIN NIGERIA further learnt that Aliyu later regained freedom and was appointed by the Benue state governor Governor, Mr. Samuel Ortom as head of State Vigilante Group against Fulani militias.

The alleged reception of Alh. Aliyu Tashaku into the All Progressive Congress (APC) in Benue State and his rumored ambition to be a federal lawmaker is already generating angry reactions online as Nigerians flash back to his arrest history.

Pictures 1&2 when Tashaku was arrested

A social media influencer known as Omenka while condemning the development, said;

“APC hailed his arrest while PDP kicked. Myetti Allah was happy for the arrest.

“Today, he’s joining APC and the same PDP that vilified the government for his arrest, claiming his arrest was in furtherance of the government’s sinister agenda against Benue state, are saying a terrorist is joining the ranks of APC.

“He was PDP yesterday, and was an anti-fulani agenda figure to them. APC then said he was a terrorist. Today, he is joining the same APC and he has become a terrorist to PDP. And the revolving door of accusation and counter accusations keep spinning.”

Salkida revealed that Tashaku was an escapee Boko Haram member who disappeared in 2009 with Boko Haram’s arms budget and was detained several times by security operatives.

The army also reportedly arrested Tashaku. In a statement, the then Assistant Director, Army Public Relations, Major Olabisi Ayeni, said that his arrest was made possible through combined efforts of troops of 707 Special Forces Brigade, Nigeria Police and the Department of State Services in Makurdi.

“Nigerian troops have arrested the key Boko Haram suspect, known as Aminu Yaminu, nicknamed Tashaku, who is believed to have masterminded most of the recent attacks in Benue State,” the statement revealed.

The spokesperson said the suspect had concluded plans with his cohorts in Bauchi, Borno, Yobe and Nasarawa states to launch a major attack on innocent citizens in Benue State.

Tashaku was later accused of masterminding some of the deadly attacks recorded across the state from January 1, 2017.

On September 26, 2011, the Boko Haram, in an email statement to journalists, through their spokesman at the time, Abul Qaqa, said they were aware Tashaku had been released from detention by the Nigerian secret police, the SSS:

Abul Qaqa said: “And that servant of Allah, Ali Tashanko was at one-time part of us due to the fact that he was planted among us by the SSS to kill our pioneer leader, Malam Mohammad Yusuf, but in Allah’s wisdom he came to appreciate the teaching of Malam (Muhammad Yusuf) as he admitted to us then.

“He told us he had repented and expressed his resolve to undertake Jihad alongside us for the sake of Allah. But after trusting him and giving him a huge amount of money to procure for us some consignments, he disappeared. This was long before the 2009 security crackdown against us.

“We never heard from him until recently when we suddenly heard him in the media claiming to be one of the leaders of this movement and making assurance to broker a truce with government.

“But we do not know whether he has resumed his job of working for the SSS. Allah knows best,” the statement added.

What has remained curious to many Nigerians is how Tashaku found his way to the corridors of power in Benue State.