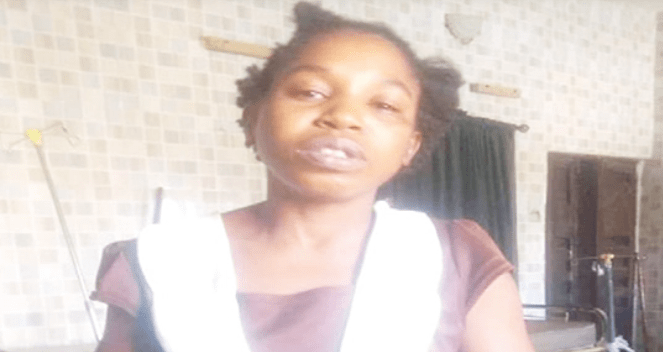 For being unable to settle her hospital bills, a 39-year-old woman, Virginia James, has been held in a private hospital in Awka, Anambra State.

Newsmen learnt that the victim had been in the hospital for about three months over her inability to pay the sum of N248,000.

The woman is a native of Izzi, Ebonyi State, but resides in Ifiteisu Awka.

She said she lost her newborn baby in the hospital following complications after delivery.

James appealed for support from her home state Governor, David Umahi, and his Anambra counterpart, Willie Obiano, as well as good-spirited individuals, to pay the bill.

She said, “I am finished in this world, with no hope of help from anywhere. My husband is sick; he is blind and deaf. I fend for him and my four kids — three girls and a boy.

“I cut grass to earn a living in Awka. When I came for the delivery of my baby boy, there was a problem.

“The medical doctor, on seeing my condition, did not ask for money before going on with the caesarean operation. But the baby was weak and died almost immediately.

“It is two months and three weeks that I have been here after the delivery; to eat is a problem too because nobody is coming for me. It is still the hospital management that sometimes feeds me.

“My greatest problem now is I need to get out of this hospital to go and continue my menial work before my kids and husband die.”

A doctor in the hospital, who did not want to be identified, described the case as unfortunate.

He said, “We did the operation to save her life first and that was why we did not even ask for deposit from the outset.” ,,