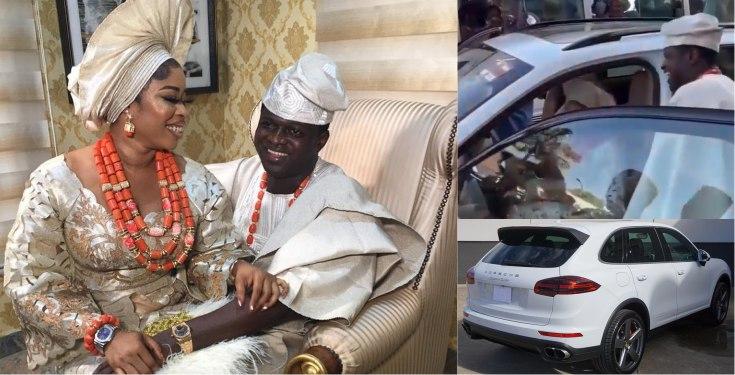 The former boyfriend of Nollywood actress, Tonto Dikeh, gifted a Porsche Cayenne to the woman after his heart, Deola, at their traditional wedding.

The wedding gift however came as a surprise to the bride, Senator Smart Adeyemi’s daughter, as she could be sighted jumping for joy.

Videos sighted on social media captured the elated bride inside the brand new car as her husband watched in equal excitement.

In other news, David Adeleke popularly known as Davido, a Nigerian singer and music label boss, has announced that he will be the best man at his driver’s wedding.

The 28-year-old and father of 3 said this in tweet on Thursday, December 3.

“My driver getting married …. and I’m his best man,” he wrote. Read more here.