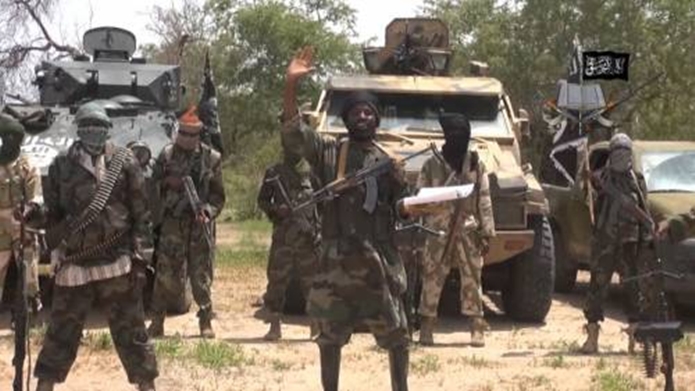 Some of the witnesses told newsmen that the terrorists came to the area but nobody was killed or abducted as people fled their homes.

Last Saturday, Boko Haram inflicted one of the greatest casualty figures in the state by slaughtering no fewer than 78 rice farmers in the community – an incident that has attracted national and global condemnation.

One of the residents, Ishaya Ahmed, said women who were on their way to farm on Thursday first caught a glimpse of the terrorists.

“While some of our women and girls were on their way to the farm on Thursday, they came across the Boko Haram in large numbers, moving in a single line from north to south and, at the sight of the women, they began to shoot sporadically into the air to scare people away.

“So, the women froze at the gunshots and could not proceed to the farms. They had to return. I think the insurgents spared them because they were women. If we, the men, had followed them, they might have killed us.”

A community leader in Zabarmari, who did not want his name to be mentioned, told SaharaReporters that boys and men were affected in the Saturday’s gruesome murder.

“Some of them were newly-weds,” he said. “Some with very young families. Others were mostly school-age boys while some were hired to harvest the farm for some fee. We heard the rumours that women were also killed, but it is not true.”

Meanwhile, a woman in the community who lost her husband during the attack, said: “We got married eight months ago. I don’t have a child, and I don’t have any business I am doing. I only survive by what my husband makes from the farm. At the moment, I am staying with my mother since the death of my husband.”

The Senate earlier on Tuesday called on the president to fire the service chiefs who have failed to secure Nigerians while the House of Representatives summoned the president to brief the house on the mass murder.

The Borno State governor, Babagana Zulum, who seemed to have lost trust on Nigerian armed forces, had on Monday asked the president to engage the services of mercenaries to fight Boko Haram.

“One of our recommendations as possible solutions to end the insurgency is the immediate recruitment of our youths into military and paramilitary services to complement the efforts of the Nigerian forces,” he said. “Our third recommendation is for the President to engage the services of mercenaries to clear the entire Sambisa forest.”