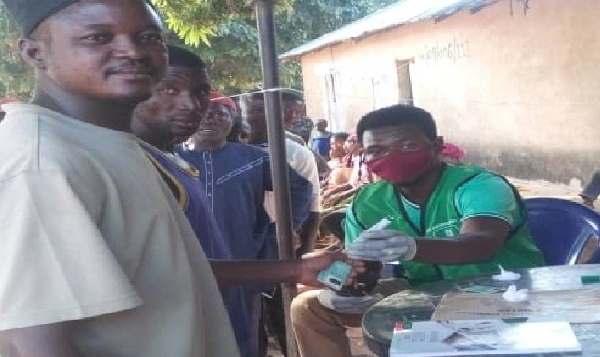 Reports have shown that there was an impressive turnout of voters in Mikang, Shendam, Wase and Langtang North Local Government Areas in the ongoing Plateau South Senatorial by-election.

WITHIN NIGERIA learnt that voters in their large numbers had formed queues in several polling units as early as 8:15a.m.

It was also learnt that voting exercise at Piyapum polling unit in Mikang, Zomo and Piapun started as early as 9.00 a.m.

Addressing the newsmen in Shendam, the Resident Electoral Commissioner (REC) in Plateau state, Hussaini Halilu said that the polls have commenced and that there had been no hitches.

He said voters without face masks would not be allowed to vote in the Plateau South Senatorial by-election.

He also said that the Commission has made adequate preparation for free, fair, credible and transparent election.

In his words “Wearing of face mask is compulsory at the polling units and all election locations. Voters, party agents and other stakeholders will make provision for their face masks. Any voter without a face mask shall be turned away from the Polling Units.

“Voters were brought into the voting area periodically to prevent overcrowding.”

He said that the Commission has approved the introduction of new steps to further strengthen the election management process and enhance the transparency of the system.