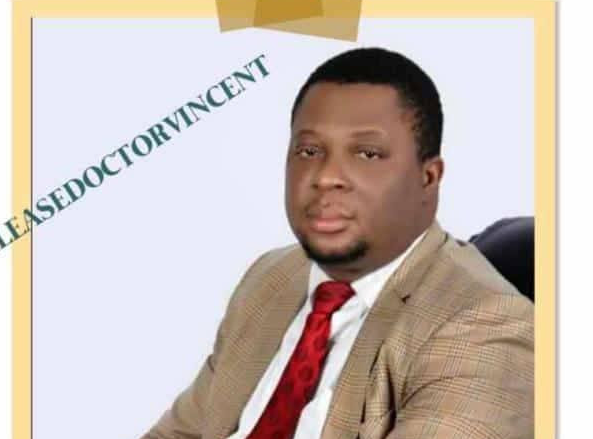 Dr. Vincent Uhegbu Maduka, a Consultant Cardiologist with the University of Calabar Teaching Hospital, was on Thursday, December 10, abducted by some unidentified gunmen.

Dr. Maduka was abducted by the gunmen around 9pm outside his home at Eta Agbo layout in Calabar.

Confirming the incident, the state chairman of the Nigerian Medical Association, Dr Innocent Abang, said that doctors have proceeded on an indefinite strike to demand the release of their colleague.

“There is a standing resolution by NMA in the state that doctors would proceed on indefinite strike once a doctor is kidnapped to press for the immediate release of such a victim.” he said.

Dr. Abang further said the association was fed up with the constant abduction of doctors by hoodlums to demand ‘blood money’. 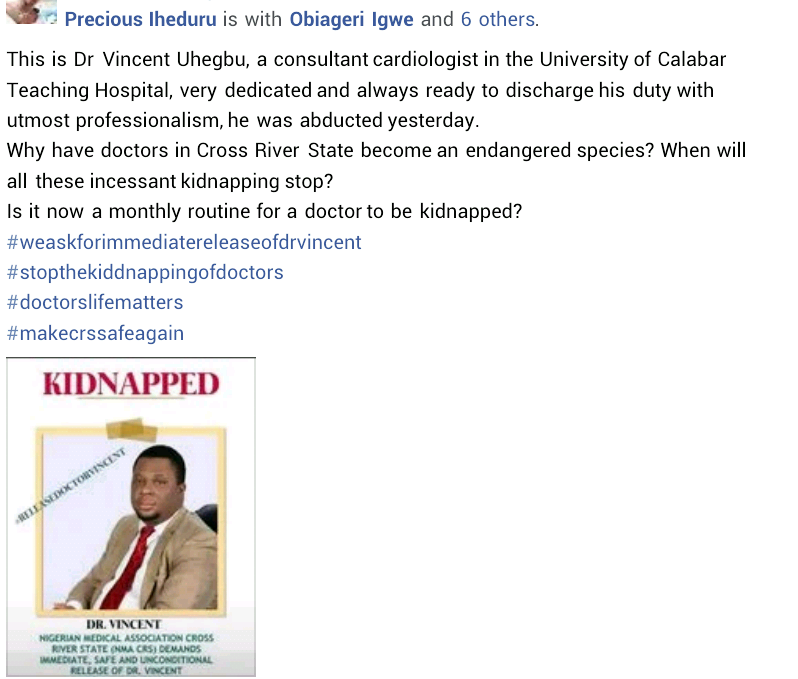