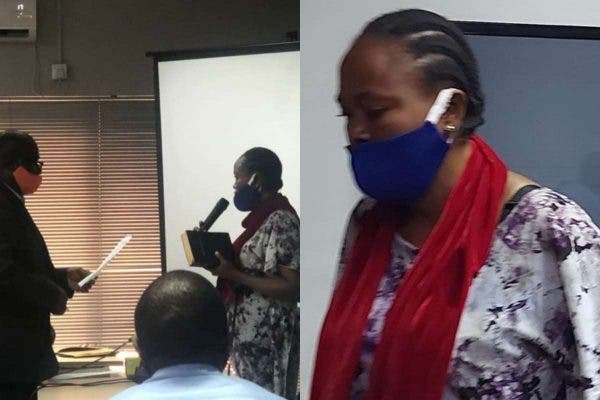 She said that her husband was murdered by the police while trying to quell the #EndSARS protest.

Olamide Erinfolami told the retired Justice Doris Okuwobi led panel that her husband who was attached to the Anti Kidnapping police squad in Surulere was killed by fellow officers in Surulere.

She said she had not spoken to her husband since morning on that fateful day, only to get a call from someone in Maiduguri asking if she heard what happened.

The widow who said she resides in Ado-Ekiti said she has not seen her husband’s body.

When she visited the mortuary she was told an autopsy was yet to be conducted on his body.

In her prayers to the panel, she said she wanted justice for her late husband and that his killer be investigated.

She expressed disappointment at the Nigerian Police Force as she referred to video evidence showing her late husband on the floor after he was shot, as she pointed out that no officer tried to help him.

She also noted that after the incident, the Lagos State government compensated her and other police officers widows with a sum of ten million naira.

However, she said no amount can bring her joy back.

Justice Doris Okuwobi adjourned the hearing until 15 January 2021 as Police counsel, Cyril Ejiofor said he wanted to invite a witness.