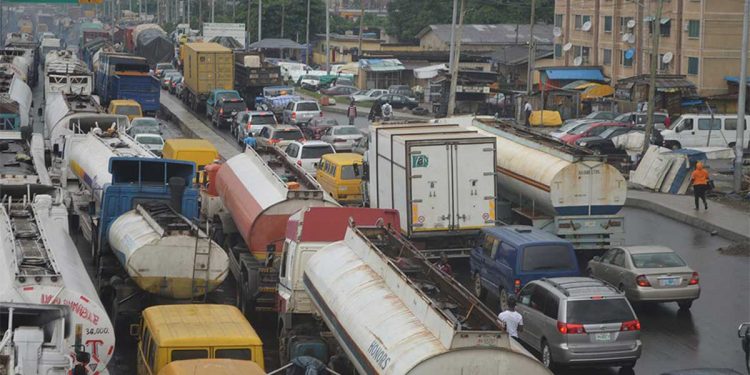 A new taskforce will be constituted by the federal government to decongest the gridlock in Apapa area of Lagos state, WITHIN NIGERIA learnt.

Recall that President Muhammadu Buhari in May 2019 inaugurated a presidential task force headed by Vice-President Yemi Osinbajo and Kayode Opeifa as vice-chairman, to break the traffic congestion in that axis.

The task force was later disbanded and authority handed over to the Lagos state government.

The permanent secretary, Magdalene Ajani in a meeting with transport stakeholders in Lagos said a new team will be constituted to address reckless parking of vehicles and congestion of traffic in Apapa.

Ajani said urgent actions must be taken to address movement of vehicles ahead of the deployment of electronic call-up system by the NPA in January 2021.

She said the ports authorities can utilise a functional call-up system which may be manual pending the deployment of electronic call-up.

”Before the electronic call-up system starts, you’ve been operating for decades. How have you been calling up your trucks? Manual, I presume. So, why can’t you get back to that and make sure that it is a functional call-up? Functional call-up is the word,” she said.

“If I have the communication as a ministry, then we should be able to do the needful. So I have requested that we get the communication both to the ministry and to all the institutions – Lagos state, the police, all the parastatals; NPA, NSC, are all part of the transportation.

“So once we have that, then we can sit down to chart what needs to be charted. We have invited the relevant agencies for 8 a.m. meeting tomorrow because we must chart the course of who takes responsibility for what to at least decongest the road. That is the immediate thing we have right now to do, and then allow people to come out of the port and open up the roads if need be.”