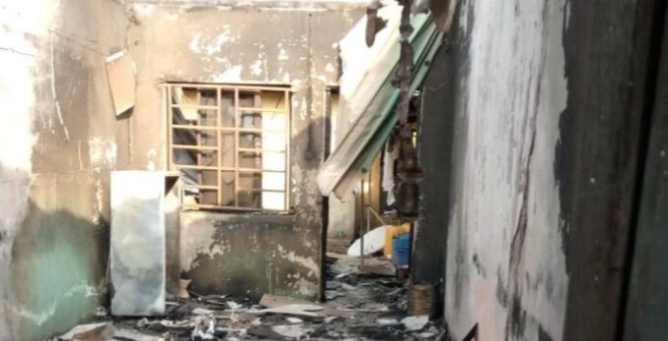 The attack on police station which led to the death of three officers has been described aa an act of terrorism by the Ebonyi state government.

Recall that WITHIN NIGERIA reported that there was fear in Onueke, Ezza south local government area of Ebonyi state as unknown gunmen attacked a police station in the area

According to reports, two male inspectors and a police woman were killed while the gunmen took away two AK 47 rifles; two other officers also sustained injuries.

In an interview with NAN on Sunday, the commissioner for internal security, Stanley Emegha condemned the killing and said the state government is investigating the incident.

“The incident is an act of terrorism and Ebonyi people are not known for terrorism. The act is condemnable and not acceptable to the state government,” Emegha was quoted to have said.

“We are still waiting for the police to brief us on what happened. We have given the officers 48 hours on that, while investigation is ongoing.”

“The corpses have been deposited in the morgue and investigation into the ugly incident is ongoing, and the perpetrators must surely be brought to book,” she said.

The PPRO also explained that three rooms in the police quarters were part of the properties destroyed at the station during the invasion.

“Two patrol vans, one exhibit vehicle, and one car belonging to a police officer were also burnt,” Odah added.