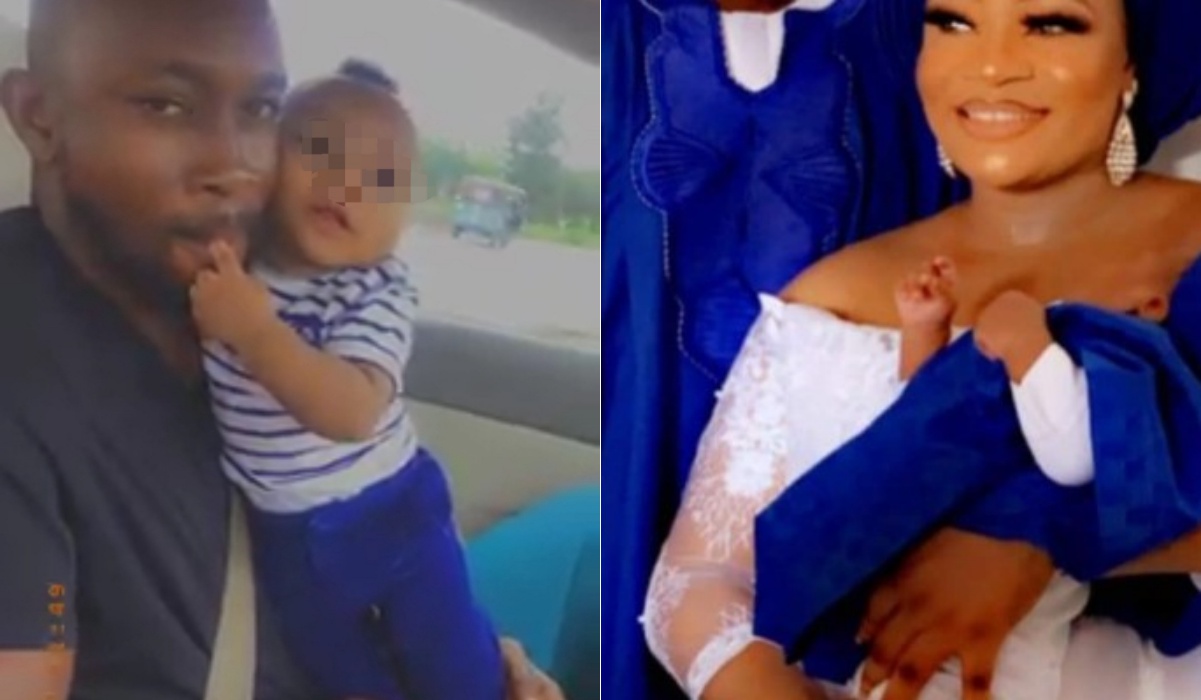 A Nigerian woman identified as Onyinye Onome has taken to Facebook to accuse her husband of sexually molesting their nine-month-old son.

According to Onyinye, she married her husband in December 2019, and God immediately blessed them with a son in 2020. She said that her son is only nine months and two weeks.

The lady made a series posts, as well as live videos on Facebook, saying that her life is in danger for exposing her husband, Chukwutem Victor Inalu. She said that he is being backed by powerful men.

Noting that he only dated her for a short time before getting married in Dec 2019, she said they both welcomed a baby boy soon after, who is now 9 months, 2 weeks old.

She claimed she informed her inlaws when she suspected her husband was bisexual, however, nothing was done about it.

She said on a particular day, she came to the sitting room and saw him lying naked with the baby who was touching his father’s penis and when she cautioned him, he laughed it off.

The lady further said that she later noticed her son was in severe pains and took him to the hospital where it was confirmed that he has been sexually molested, adding that the baby was also pooing blood and had scars in his anus.

She also accused the doctor in the General Hospital she took her son to, of trying to prevent her from getting justice, claiming he got a fake human rights activist to handle the case.

Alleging that she has audio evidence of this, she called on Nigerians to help her get justice for her son, who she says hardly sleeps and cries out of pain.

She stressed that her husband and his family should be held responsible if anything happens to her.

“Please friends and family…..I need justice for my 9months 2wks son who has been suffering sexual molestation by his very own father who is into men unknowing to me.

“Please if anything happens to me Inalu Victor Chuckwutem and Family are to be held responsible.”

I am at general hospital Ekpan and Mr inalu chukwutem Victor, Benedicta who is in charge of my case at Ekpan police station is trying to run me off my son’s medical report with the help of top politicians whose names I sent to video a video record to certain persons…