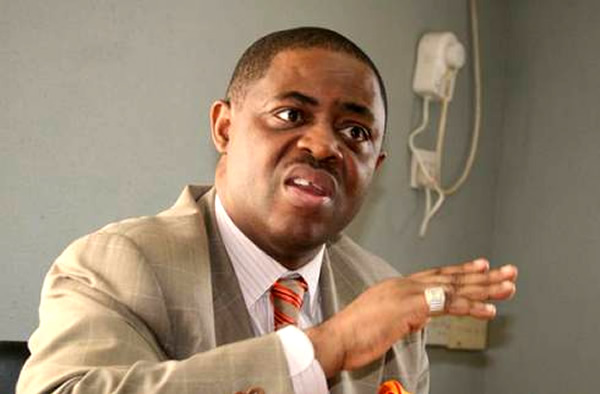 Femi Fani-Kayode: No one can stand against new South West leaders like Sunday Igboho

Femi Fani-Kayode, former aviation minister on Friday, January 22 stated that he is happy with the new crop of leaders coming out of the South-West region of the country.

The former aviation minister listed some of the names of these leaders as Chief Sunday Adeyemo popularly known as Sunday Igboho and Olayomi Koiki.

Femi Fani-Kayode stated that they are strong, fearless, radical and young.

He added that they believe in Oduduwa republic and no one can stand against them.

New leaders are rising up in the SW. They are strong, fearless, radical & young. Names like Sunday Igboho, Olayomi Koiki and others come to mind. The SW has finally got a new set of champions & heroes.They believe in Oduduwa Republic. None can stand against them. I commend them. 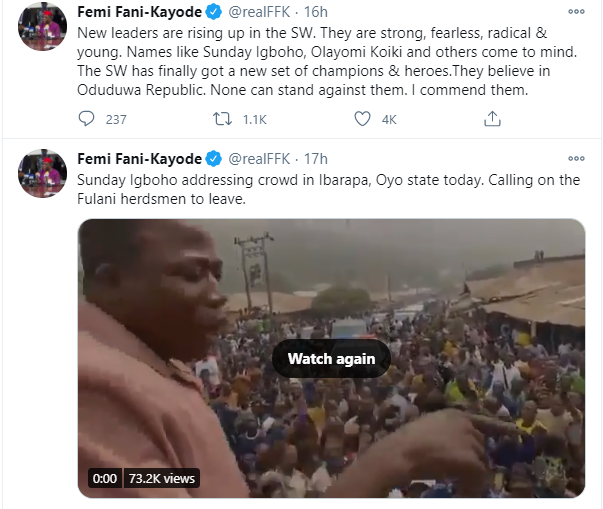