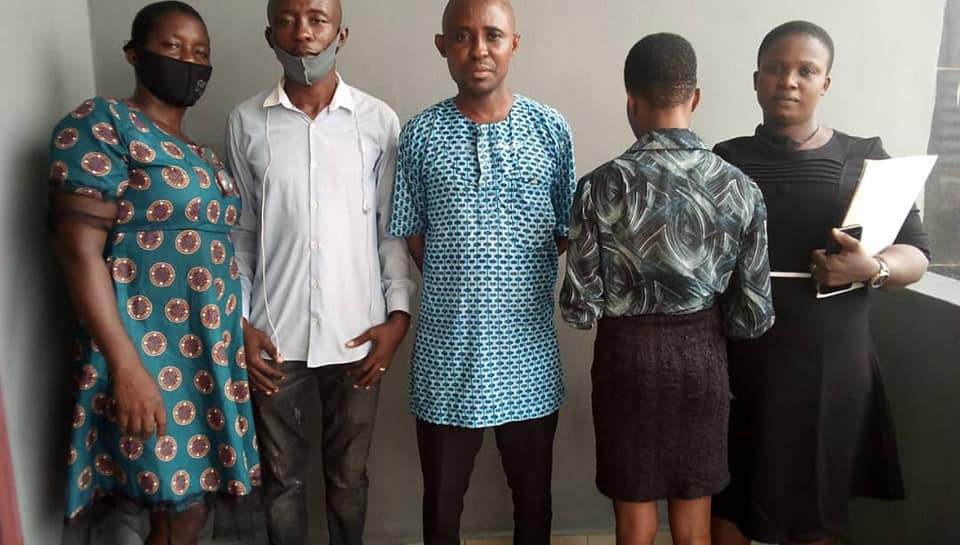 A security staff of Ignatius Ajuru University of Education, Mgbechi Wekwa has been remanded by a Chief Magistrate sitting in Port Harcourt, Rivers State on Monday over an alleged unlawful and sexual abuse of a 16-year-old year old girl.

WITHIN NIGERIA gathered that the matter was registered in suit number PMC/230c/2021 before Senior Magistrate C. Gomba Osaro.

The one count reads:

“That you Mgbechi Wekwa  on 13th day of January 2021 at Rumuakwunde in Emohua local Government Area, but triable in PortHarcourt magisterial district did unlawfully and sexually abuse one Victoria  Edwin  ‘f’  16 years old by inserting your penis into her vagina and thereby committed an offence punishable under section 32(1)(2) of the Child’s Right Act Cap. 50 laws of the Federation of Nigeria 2003”.

The accused pleaded not guilty in all the charges while his lawyer argued his bail application.

But Senior Magistrate Gomba Osaro, adjourned hearing for bail consideration for the defendant to Monday 22 February 2021 while ordering the remand of the defendant in Port Harcourt Correctional Centre.

The lawyer holding brief for the complainant on behalf of Centre for Basic Rights Protection and Accountability Campaign, Jane O.A expressed displeasure that the allegation against the accused was watered down to Section 32(1)(2) of Child’s Rights Act 2013, which is a charge of sexual abuse and exploitation instead of Section 31(1)(2) which captures the definition and punishment for rape.