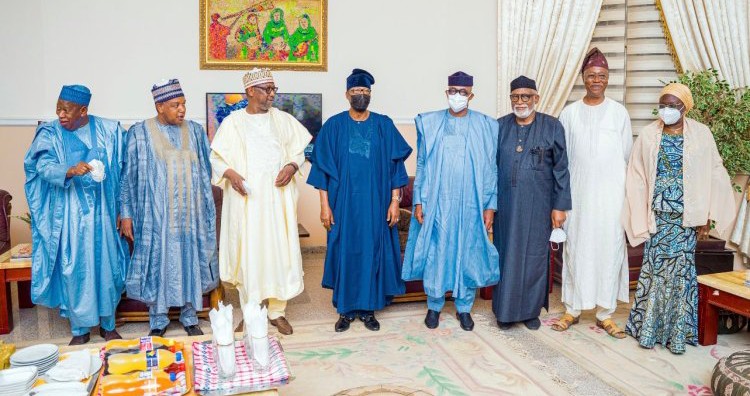 Five governors welcomed a former Governor of Ogun State, Gbenga Daniel, on Tuesday as he defected to the All Progressives Congress (APC), barely two years after quitting the Peoples Democratic Party (PDP).

Daniel, Director-General, Atiku Abubakar Presidential Campaign Organisation in the last presidential election, had in March 2019 officially resigned from the PDP, saying “he was pulling out from partisan politics”.

The former governor had since shunned any political activities but had openly endorsed Governor Dapo Abiodun of Ogun, then governorship candidate of the All Progressives Candidate (APC) during the 2019 gubernatorial election in the state. 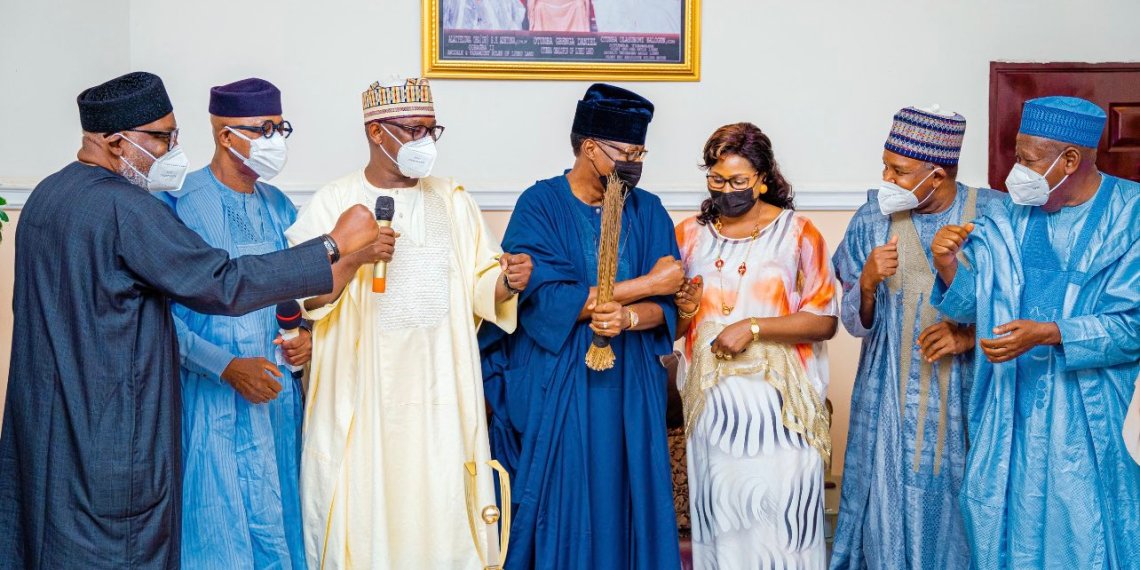 Bello, who is Chairman of APC Registration and Revalidation Committee, presented a broom, the symbol of APC, to Daniel to formally welcome him into the party.

He disclosed that the National Chairman of APC Caretaker Committee, Mai Mala Buni, and Mr Bagudu, would be formally presenting Daniel to President Muhammadu Buhari.

In his remarks, Mr Bagudu, Chairman of APC Governors, described Mr Daniel as “a political colossus with outstanding political ideology”.

He said the “APC had grown bigger and better with his defection”, adding that “the party was happy to receive him”.

Mr Akeredolu described Mr Daniel’s defection as ‘homecoming’ and urged leaders of APC in the state to come together to build and make the party stronger.

Responding, Mr Daniel said the decision to join APC “was well-considered and thought out”.

He explained that “Nigeria needed leaders to come together and speak with one voice in order to tackle challenges”.

“In Ogun, no better time because we have a working governor and needs support of all,” Mr Daniel said.

Meanwhile, in his remarks, Mr Abiodun described Mr Daniel’s defection as historic, saying that he supported his governorship election.

“Daniel will add a lot of value to our party. We are a party, not a social club, before joining us today, his advanced party has joined us, we expected more people to join us before the end of the registration and revalidation exercise,” he said.