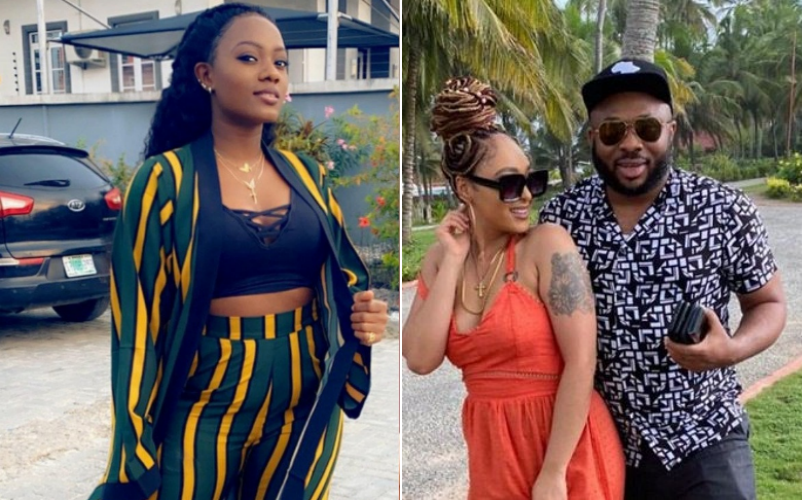 Elsie Okpocha, wife to ace comedian Basket Mouth, has questioned why actress, Rosy Meurer keeps referring to her husband as “Mr Churchill ” in her recent posts and videos following the news of their marriage .

In the posts, she addresses her husband formally and without terms of endearment.

Commenting on this via her Instagram Stories, Elsie Okpocha wrote:

“Mr Churchill this, Mr Churchill that… Aunty say ‘my husband’ naaa, abi are you ashamed to call him that??????? Wahala just be like bicycle.” 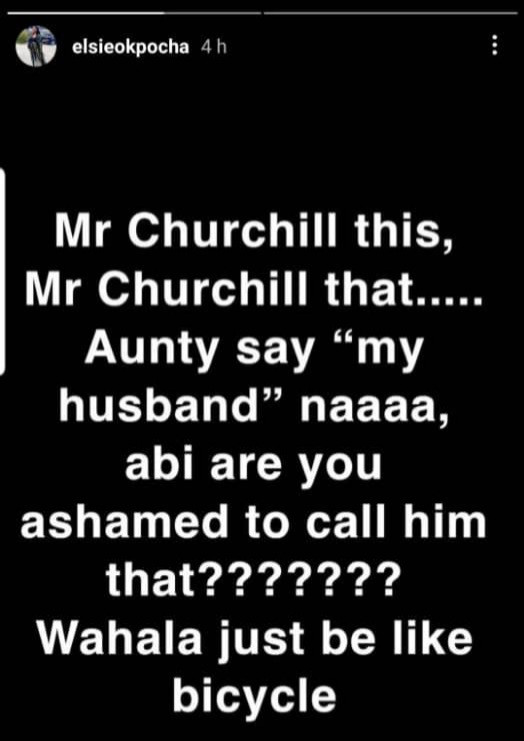 WITHIN NIGERIA recalls that in a series of videos posted via her Instagram page late Thursday, February 18, 2021, the actress cleared the air surrounding her relationship with Churchill.

“Before then, I never knew that the relationship I had with him before he got married was a problem after he got married. I didn’t get the memo. No one confronted me. I was never aware of such.”

“I mean, I knew him. Why would I wait for him to get married before I would start playing hide and seek? It doesn’t make sense.”

Meurer also revealed how she was one of the very few people who stood by Churchill after his marriage crashed.

“After his marriage crisis and after he got divorced, I was still there. I never left. Why will accusations and people talking make me leave? Leave to where? I never left. I never abandoned him,” she added

“Obviously he was a different person. Not much fun, not the normal fun bubbling Mr Churchill that we used to play with and used to know. He was just off, devastated, broken, frustrated. His mind was never there. You could tell he had stuff on his mind. It was what it was.”

“Gradually days passed, months passed, years passed, life took its course. Destiny happened. What I was accused of became my reality and my fate. What would be would be. You cannot change it.”

“You cannot force it. I am not God. I mean, it just happened. I let God’s will take place in my life. I never forced myself on him. It just happened that he became more than a brother. He became a lifetime partner.”

The actress also cleared the air about her now-famous interview where she described Churchill as a brother.

It would be recalled that a few days ago, social media was left in shock and disarray after Churchill revealed that he had tied the knot with Meurer.

Prior to this union, Meurer had been accused of being the brain behind Churchill’s failed marriage with Dikeh.