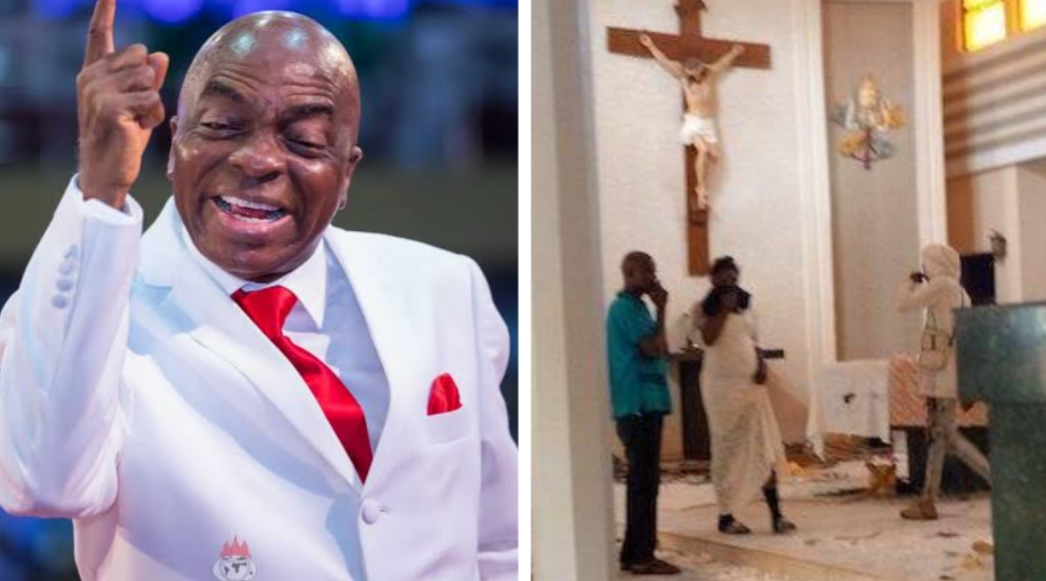 Bishop David Oyedepo, spiritual head of Living Faith Church on Saturday, June 11 claimed that the gunmen who attacked and killed over 40 worshippers of St. Francis Catholic Church Owo in Ondo State have all been found.

Recall that residents of Owo town in Ondo State have been thrown into a state of apprehension after an explosion rocked the St Francis Catholic Church, Owa-luwa Street, in Owo Local Government Area of State capital on Sunday.

One of the survivors of Sunday’s attack at the St. Francis Catholic Church in Owo, Ondo State, John Nwogwu narrated how gunmen bombed their way in and started shooting at worshippers in the church.

Bishop David Oyedepo of the Living Faith Church on Wednesday, June 8 declared that the attackers of St. Francis Church, Owo in Ondo State would be punished for their actions and issued a 7-day ultimatum for the apprehension of the attackers.

Police in Ondo State on Friday denied the arrest of the attackers of St. Francis Catholic Church, Owo, where no fewer than 40 people were killed and many injured last Sunday.

The Olowo of Owo, Oba Ajibade Ogunoye, also denied the report saying no suspect was arrested and taken to the palace. He had told the people that besieged the palace, in Owo dialect, that the attackers would soon be arrested.

In a telephone conversation on Sunday morning with WITHIN NIGERIA, the spokesperson of the Ondo State Police Command, Odunlami Ibukun disclosed that the criminal elements have not been arrested and he is not aware of any arrest made by the command in relation to the Owo tragic incident.

The claim of Bishop David Oyedepo who is the founder of Living Faith Church that criminal elements who attacked St. Francis Catholic Church, Owo, Ondo State have been arrested is false and untrue.