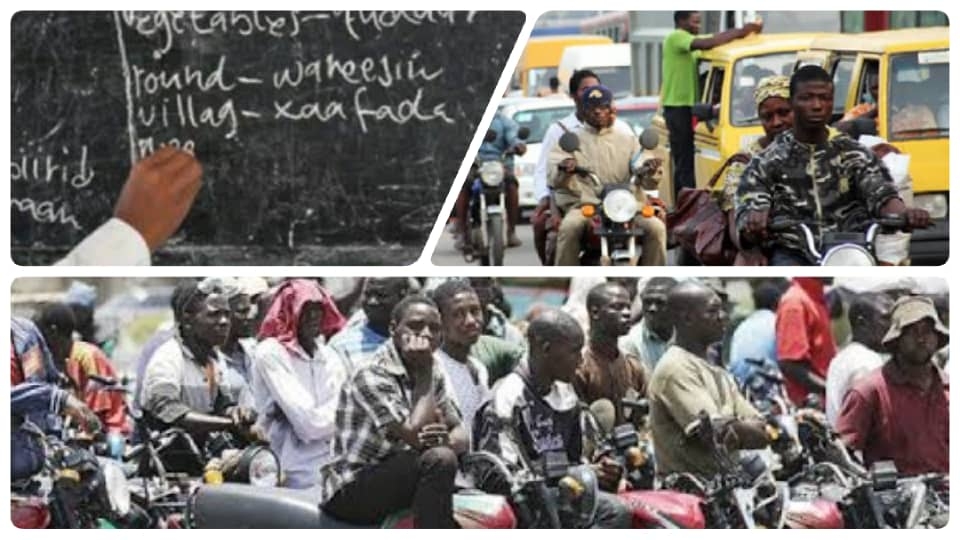 As economy bits harder, many Nigerians have become ‘workers in hell’ in their attempts to make ends meet.

Sadly, the declining economy has put no much gains on their tables when compared to work done or efforts.

The economy is harsh. Inflation has made things worse. Nigerians now struggle so hard to eat two square meals per day.

According to UNICEF, about 14.5 million Nigerians suffer from acute food insecurity while about 12.5 million people are hungry.

While the unemployed ones are struggling to get jobs, the per capital income of those employed could barely meet up their desired wants or sometimes put food on their tables. For every Nigerian in the low class, it has been from ‘hand’ to ‘mouth’

Recently, WITHIN NIGERIA published a special reported titled; ‘Loan sharks, family burdens’ – Struggles of Nigerian market women in building businesses amid debts to uncover the agonies and pains of women and small scale entrepreneurs in this declining economy.

A check by WITHIN NIGERIA revealed that teachers especially private school ones are also going through tougher times, forcing majority to embrace Okada business as alternative.

An Okada rider identified as Alao Tunji told WITHIN NIGERIA that he works as a teacher in a private school (name withheld) but engages in transport business during holiday.

Tunji who earns #20,000 as salary further stated that he has no plan to dump the business whenever schools resume because he has taken it as a part-time job.

The father of four who decried the low pay further stated that he will be happy if school owners can review salaries to reflect the current economic realities of the country.

Tunji, a NCE certificate holder while narrating the challenges he faces everyday in his new found profession told WITHIN NIGERIA that he sometimes takes soft loans from friends to feed his family.

“I know it will be tough but I am ready to scale through. I will not abandon the Okada business. I will dedicate my evenings and weekends for the transport business”, Tunji added.

A man in his early thirties simply identified as John told WITHIN NIGERIA that he will not resume with his colleagues whenever school reopens for session.

Adeyemi, a private school teacher revealed that the Okada business he embarked upon during the holiday was very helpful and really rescued his family from hunger.

“I calculated the amount of money I made in the month of August and I discovered that it was better than my monthly earning as a teacher. Infact, my wife did not object to it rather encouraged me to drop teaching profession and face transport business”, Adeyemi added.

In a conversation with WITHIN NIGERIA, Peter expressed fears over resumption of schools because he has two children in private schools.

Olaosebikan who teaches primary 4 in a private school (undisclosed) revealed that he earns N15,000 per month and always strive so hard to settle bills.

The father of two who lives in an apartment (Room and Parlor) with rent fee of #35,000 said the combination of two salaries can not clear his rent.

“I am frustrated. I really need a good job. I have decided to resign from my school and face this Okada business until I see a good job. I prefer to be riding motorcycles than sitting in a class for 30 or 31 days with ridiculous plan”, he added.

Another private school teacher simply identified as Matthew also told WITHIN NIGERIA that he has abandoned teaching job because his monthly earning could no longer feed his family and the school owners are not ready to increase it.

Matthew, a Bachelor in Education (Biology) while complaining bitterly about the low pay private teachers earn said it is sad that teaching is no longer attractive.

“I have always loved to be a teacher. In my NCE days, I would organize free classes for poor students but I now have family to cater for. It breaks my heart that I could dump teaching for Okada business but as far as it settles my bills than teaching job, it’s fine”, Matthew added.

The father of three disclosed that he has gone through hell in the course of providing for his family especially his pregnant wife.

While explaining some health challenges such as cold, heart pain among others associated with his new job, Matthew said he is well prepared for it.

“I do not like riding motorcycle at first. In fact, I once gave it to a friend for transport business and mandated that he should bring a particular amount every week. I had to retrieve my motorcycle when he started complaining and does not bring money again after first three weeks. I now run the business myself but it has not been easy”, a rather sad Matthew said.

When WITHIN NIGERIA contacted Dr. Dayo Shobowale who is an educationist and a senior lecturer at the Federal University of Oye-Ekiti (FUOYE), the academic guru decried the alarming rate at which teachers dump chalks and markers in classrooms and embark on Okada business.

Dr. Shobowale accused private schools of failing to prepare a career path for their teachers, leaving their staff to grow within limited provision of resources.

While urging private school owners to do more for their staff, Dr. Shobowale added that the teachers feel it’s better to go for money than career, when nothing has been defined by their employers.

He further stated that some teachers involved in such acts do not have a passion for teaching.

“I call them accidental teachers, they only found themselves in teaching as a means to an end, just to make ends meet. That aren’t passionate about impacting knowledge, when I joined teaching I was ready to teach for free, it’s an innate desire, this is lacking today”, he added.

While complaining bitterly about the remuneration from private institutions, the educationist said it is usually insufficient to meet up with the needs of the teachers, so they choose to go for any other job that will help them to make ends meet.

“The effect on the educational system of a nation is very negative. Already we are short of teachers and the few ones that are ready to sacrifice because of the reasons I stated above usually decide to quit the profession”.

“This reduces the number of teachers and there by affects the learning rate of our students. It also reduces students to teachers ratio, with a single teacher taking more students than he should”.

“When this occurs, the learning rate of the students drop, the slow learners are negatively affected as they won’t be able to catch up with the others in class. It increases stress on the teachers which will directly reduce the effectiveness of such teachers as well”, he said.