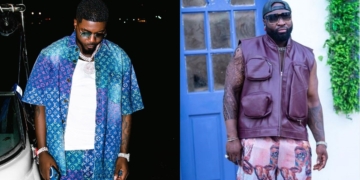 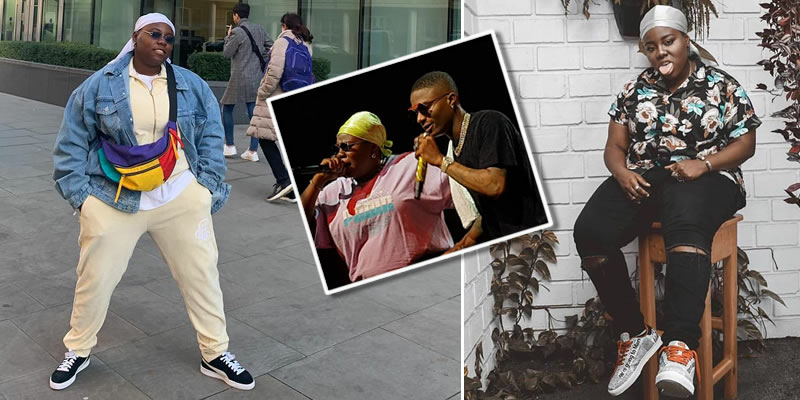 Teni is one of the fast raising Nigerian singers breaking grounds beyond the four corners of the country.  She infuses comedy into her music whenever she sings – this has earned her more attention from lovers of comedy and music.

Teniola Apata, better known as Teni, hails from Ekiti state, she was born on December 12, 1992 in Lagos State of Nigeria. The chubby singer is the younger sibling of popular musician Niniola.

Teni attended Apata Memorial High School before proceeding to American Inter-Continental University where she got a degree in Business Administration.

Also known as ‘The Entertainer’ and ‘Teni Makanaki’, Teni’s journey in music began when she was two years old in school where she used to be a band member, drumming. She started music professionally in 2016 following her record deal with multiple award-winning Nigerian music producer Shizzi’s Magic Finger Records.

In the year 2017, Teni got signed into Dr. Dolor Entertainment after her exodus from Shizzi’s record label, which she described as “the best feeling in the world. I feel blessed to be signed to my brother. He gives me the freedom to explore different sounds. Shizzi is someone that I’ve learnt so much from and there’s no better person to share greatness with, than him. He believed in me since the first time I met him in 2013.”

Under the Dr. Dolor Entertainment imprint, she released her debut single ‘Fargin’ that was widely accepted by her fans on social media. This track introduced her to more industry executives as her career started improving.

Teni eventually got her big break after releasing hit singles, ‘Askamaya’, ‘Case’ and ‘Uyo Meyo’, she won the souls of Nigerians and she became a household name. Teni is very hard working and consistent, she didn’t allow her chubby stature overawe her as she uses it to her plus.

In a very short period, award organisers started recognizing the new breed with different nominations and she won a handful of awards in 2018. Teni won Rookie of the Year at the 2018 Headies Awards, and Most Promising Act to Watch at the 2018 Nigeria Entertainment Awards, Best New Artist at 2018 Soundcity MVP Awards Festival.

On 20 February 2019, Teni was featured on YouTube Music’s Trending Artist on the Rise. Her latest single, ‘Sugar Mummy’ became an instant hit days after its release.

Teni stirred up controversy after she shared a video of herself insulting a foreigner in Yoruba language recently. She was criticized by her fans on social media and tagged her racist for using such language. They didn’t mind if she was joking or not.

The singer in a recent interview anchored by rapper Falz on Flytime Promotions’ The Journey, she made a shocking revelation that she was dating Wizkid. The rapper didn’t believe his ears and decided to push Teni further, she insisted she was dating the ‘Daddy Yo’ crooner but he (Wiz) didn’t just know about it yet.

Anikulapo: I had to speak Yoruba which I’m uncomfortable with – Kunle Remi makes shocking revelation

Anikulapo: I had to speak Yoruba which I’m uncomfortable with – Kunle Remi makes shocking revelation

Why political aspirants need to have good PR – OAP Do2dtun