Tonto Dikeh: Smoking since age 14, Scandals, feud with Mercy Johnson, all you need to know about Nollywood Drama Queen

Tonto Dikeh is a Nigerian actress, singer, and philanthropist, born 9 June 1985 in Rivers State. The controversial actress is of Ikwerre descent, a subgroup of the Igbo tribe.

The Nollywood ‘Slay Queen’  seem to be plagued by controversy and hit the news with a new scandal more often than many of her colleagues. The light-skinned actress who has graced the screen in several movies has been in the limelight for controversial issues almost as much as for her acting career. This however does not overshadow the fact that she is an exceptional actress and is very daring, taking on roles that many would not.

These are few things you may know about Tonto Dikeh:

1. Even though Tonto Dike got her big break after becoming first runners-up on the reality show, The Next Movie Star, her second movie titled Holy Cross is what persuaded producers and directors to start casting her in more productions. This movie is also what made her very popular among her fans.

2. One of the most controversial movies in Nollywood, Dirty Secret, was actually based on a true story and Tonto Dike agreed to act in it after meeting the girl who inspired the writing and production of this film.

3. The Nollywood actresses started smoking at the age of 14 and it was no secret in the Nollywood scenes that she was a chain smoker. However, after prayers with T.B Joshua, the pastor of The Synagogue, she confessed that she had quit the habit.

4. RELATIONSHIP & MARITAL LIFE:Tonto has been linked romantically to a lot of superstars including Iyanya, Wizkid and 2Face. However at the ELOY Awards she made an entrance flanked by Sexy Steel and Michael Awolaja. Michael is the man behind all of the customized Rolex and diamond iPhones that Tonto rocks back in the days. In her acceptance speech she said that he was her boyfriend keeping in line with the high-flying men she has been associated with but unfortunately their relationship turned sour after sometime.

Tonto Dikeh met Churchill Olakunle at his brother’s birthday party back in 2014 and she became pregnant three months after, they got married after after the pregnancy. 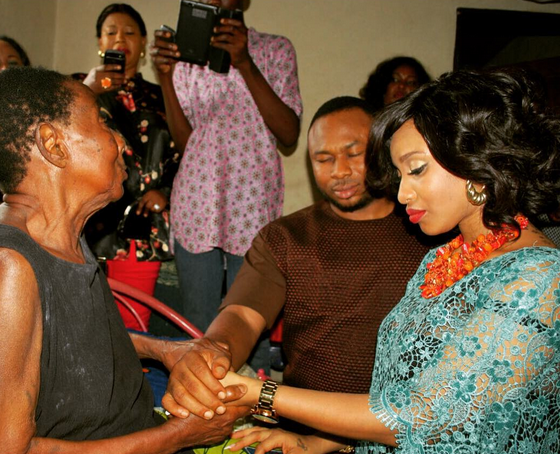 However, their marriage was plagued with “several frivolous claims of falsity, ranging from domestic violence to false allegations.”

They broke up in 2016 at a house Churchill newly acquired for his my mother in Lekki, Lagos State. The angered actress reportedly destroyed a lot of properties before packing her belongings and departed with their only son.

Tonto confirmed there were cracks in her 17-month-old marriage in February 2017.

By June 2017, Tonto’s dad returned her traditional marriage bride price to his ex-son-in-law.

Tonto Dikeh has used all her might and resources available to fight for the custody of her son, King Andre. After revealing that she has won the sole custody of King Andre, the drama queen went ahead to yank off his father’s name from his certificates and document.

According to the Actress, an Abuja Customary court granted her full custody of their 3-year-old son, King Andre, and gave her former husband, Mr Olakunle Churchill conditional visitation rights.

The actress also revealed that her son thinks his father is dead.

5. 2face Idibia’s Unforgettable concert got tongues wagging, thanks to a rather racy performance with Tonto Dike. The performance was released by Flytime TV showing the two getting hot and heavy.

6. These are not the only celebrities she has been linked with. Rumors that Tonto Dike is a lesbian have made their rounds linking her to Ini Edo and Halima Abubakar. A scene in Strippers in Love has her kissing another girl fueling the rumors. She once admitted to having a crush on Rita Dominic but that can be summed up to admiration or twisted to mean something else. There have been too many things said on this topic to know what is true and what isn’t. 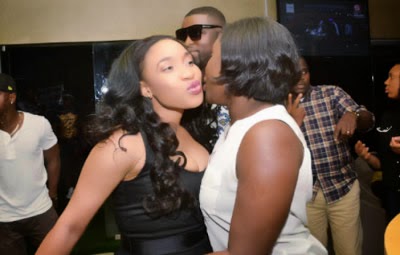 7. She has had a raging feud with another famous actress; Mercy Johnson which reports say is due to demand. Mercy Johnson had taken time off to give birth to her daughter Purity during which time, it seems that Tonto Dike raked in the bucks. After Johnson’s return reports say that the already present rivalry escalated, with Tonto Dike taking a stab at her and her husband. This led to backlash, but it’s safe to say that she has developed a tough skin for the critics. However, the actress came out boldly to confess that her feud with Mercy was based on Jealousy, she appologised and ended the long-lasting quarrel.

8. On a sad note, Tonto Dike revealed that she had attempted suicide. She later wrote on a social page about it encouraging people to talk to God about their problems if they have no one else and that people are bigger than their pains and problems and that suicide is for cowards.

9. Tonto Dike is a big fan of body arts and has a large tattoo on her back which caused controversy with people saying that it had an illuminati element to it. She also has 57 letters tattooed on her body, 57 stars and 570 lines and curves as well. She admits to being in love with her body and showed off her back tattoo to the world on her Twitter page. Tonto Dikeh revealed that she was ashamed of her body after giving birth, underwent a much-publicised beauty surgery which she said cost N5 million. 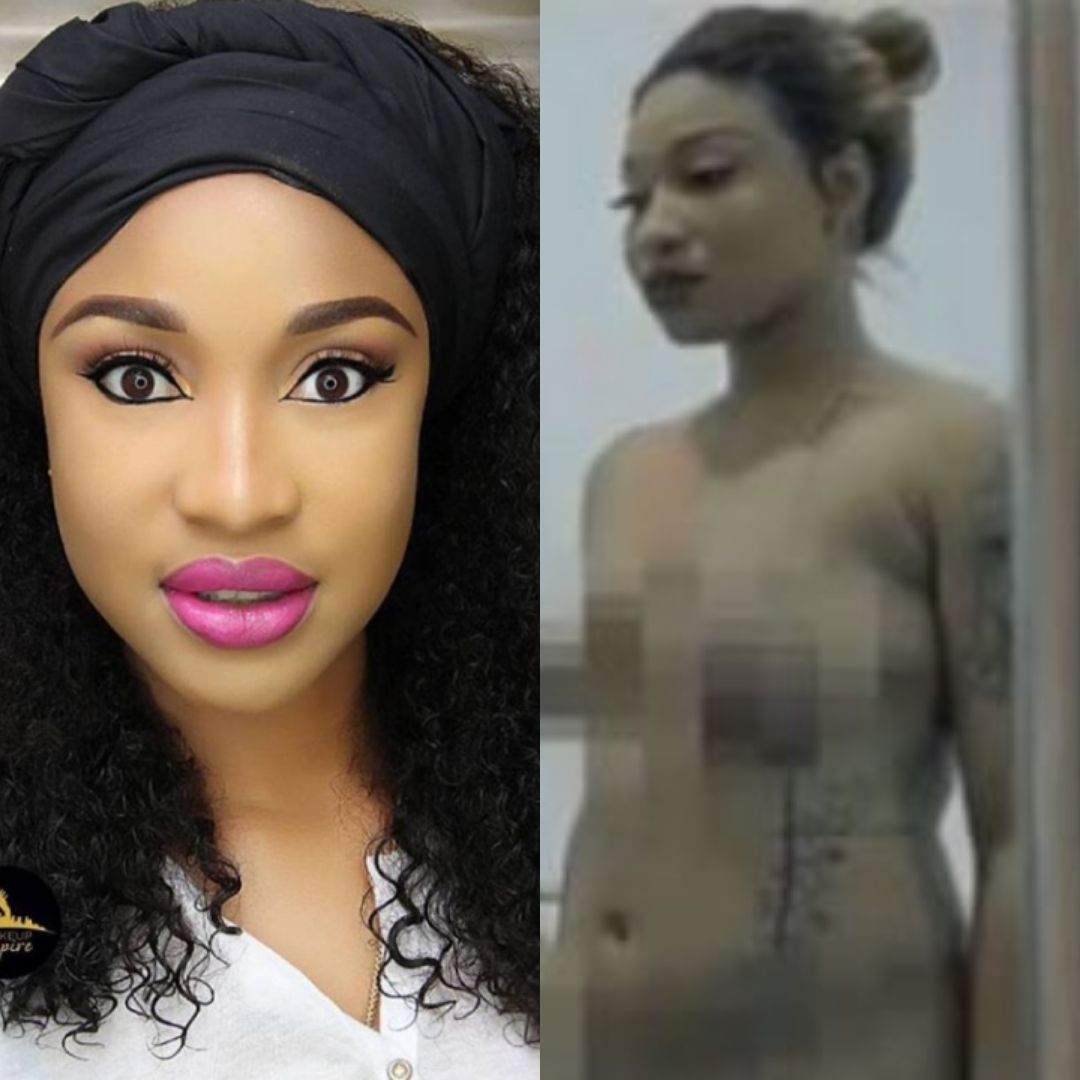 10. The light-skinned diva has admitted to bleaching her skin but says the key is in doing it right to avoid the health implication. She gave her reason for bleaching as wanting to enhance her skin’s lightness as she likes being fair. However, many believe this was an attempt to make her more eligible for movie roles.

Meanwhile, the Nollywood Industry has been in the news for the wrong reasons in recent times and Tonto Dikeh was among the major headlines.

Recently series of short video clips from Tonto Dikeh’s interview where she accused her husband of being a yahoo boy, a 40-seconds man in bed and many more went viral on INTERNET.  Below are some of the accusation made by the actress.

Ex-husband, Mr Churchill is fetish, uses jazz: The actress went on to explain how diabolic Mr Churchill has been since she met him. Clams she wake up to see  fetish things under her pillow, under her son’s bed, on his navel.

Tonto Dikeh claimed husband was broke, that she sponsored their wedding: This was said by the actress in the first part of the video. According to her she bore the financial burden of her wedding to Mr Churchill. She claimed she was the one that bought and sew the asoebi worn by her husband, his mum and some of his family members.

Mr Churchill is a 419, Yahoo boy, a fraudster: According to the Actress, the father of her son is a fraud, he does yahoo. I once caught him in the middle of a red candle with laptop in his lap and a red cloth tied around his waist.

He is a 40 seconds man: Tonto Dikeh further revealed that her ex-husband’s sex life was horrible. According to her He can’t stay inside a woman for more than 40 seconds. watch video below.