Burna Boy is one of the most talented and most controversial musicians in Nigeria. He is a songwriter, singer and dancer, with his music genre as a fusion of Afrobeats, reggae and RnB. He defines his style of music as Afro-Fusion.

Damini Ogulu, hails from Mbiama in Ahoda West Local Government Area in Rivers State, he was born on the 2nd of July 1991, had his primary education at Montessori international school before moving to Lagos, he also attended Corona, Agbara secondary school after which he left for the UK.

Burn Boy had an ‘uncontrollable’ mannerism and persona which landed him in jail while schooling in London. Back in 2010 while in the UK, Burna Boy was arrested by London Police for allegedly being part of a gang and stabbing someone to death (which he denied). He was tried as a minor and sent to jail. After 11 months, he was released and given two months parole plus community service on the grounds of being of ‘good behaviour’. But he is said to have disobeyed authorities and travelled back to Nigeria where he signed a record deal with Aristokrat.

He later travelled back to the UK but was arrested at the airport and deported to Nigeria. He was barred from entering UK for 15 years, but the ban was lifted after 5 years.

A biography peep of first indigenous African to…

Burna boy’s passion for music was inspired by his grandfather, Benson Idons who used to be Fela Anikulapo Kuti’s manager. His twin brother named Jesse, is also in the music industry.

Burna Boy found his true calling “music” when he left Nigeria for the UK. Aristokrat Records signed singer Burna Boy in 2011, and he became the label’s marquee artist after the success of ‘Like 2 Party’ (2012). Together, label and artist saw the release of several successful singles, culminating in Burna Boy’s debut album ‘LIFE’. Burna Boy left the label in 2014 after a disagreement.

In 2015, he created his own record label called Spaceship Entertainment, where he released his second album ‘On a Spaceship’ on 25 November 2015 and ‘Outside’ in 2018.

On June 19, 2018 the publishing arm of Universal Music Group unveiled Burna Boy’s deal to the public. According to a press statement released on June 20 by his management team; ”Burna Boy, whose ‘Life on the Outside’ tour in the USA is still on-going, has signed a Publishing deal with Universal Music USA.

The artiste signed a music publishing deal, which will give him the privilege to manage his songs and ensure he receives all the royalties from the back end as he is entitled to.

This deal will also seek and issue licenses for Burna’s work. This is, of course, in addition to administrative duties, tracking, exploitation of copyrights, and collection of monies generated from the exploitation of those copyrights.”

Burna Boy has performed at different shows and concerts around the world. In 2019, he made his biggest performance ever at the Coachella where he thrilled eventgoers and represented Africa at the musical concert.

Burna Boy is a superb singer and he oozes versatility as his unique sound blends Dance-hall, Afrobeat, R&B and Hip-Hop into one tightly knit package. His songs span from ballads full of depth, sometimes to controversial subject matter, his Dance-hall tendency implies songs that are just meant to get you in the mood for the groove.

1. Burna Boy reportedly served jail term in UK as a minor who was a murder accomplice in 2010. This he had denied and would not acknowledge.

Back in 2013 when Burna Boy was a rising star on the roster of Aristokrat Records, it was gathered he developed an ‘uncontrollable’ attitude with the music label.

‘He can’t be told anything to do, he’s a big boy right now. He won’t just listen anymore, the label are frustrated with his actions,’ a source told NET at the time.

He later left the label and go on to form his own Spaceship Entertainment in 2015.

2. His attempt to pay tribute to afrobeat legend, Fela at the Felabration by stripping down to his panties went wrong in 2013. His performance drew the ire of the late Afrobeat legend’s family, who called the singer’s appearance as inappropriate and disrespectful to Fela’s legacy.

3. In January 2015, the dance hall act threatened Zimbabwean act, Buffalo Soulja after both camps were reportedly involved in a pool side brawl in South Africa.

Fuck beef nd twitter chat I ain't even gunna help ur career by sayin ur name on twitter. See me wen u see me pussy. On sight!

4. Burna Boy in May 2015 shared an Instagram post threatened to cause bodily harm to bloggers who he believed to be peddling false reports about him. “These bloggers be writing shit thinking its a game until I see yall face to face one day nd hospitalize or murk u. We gon meet 1day #onsight,” he threatened.

5. Burna Boy posed with a gun on Instagram in June 2015 and wrote in the caption, ‘This is not a movie or music video. Truss mi daddy!!,’ This despite being the face of some corporate organisations. He later deleted the picture after much criticism.

6. Burna Boy called out MTV Base in 2015, voiced his disappointment at a perceived intentional snub by MAMA for leaving him out of the nomination’s list in June of same year. Tweeting his frustrations, he wrote: ‘I knew I wasn’t gunna win SHXT cuz I never get wat I deserve but damn this is quite deep.’

The award organisers were forced to reply him via their official twitter page;

7. Shortly after his brawl with MTV Base, music producer behind his ‘Soke’ hit song, Orbit called out the singer for owing him for his production efforts and also the allegedly unauthorized release of the single, ‘Acting Bad’.

8. In same 2015, a lady identified as Uju Stella, accused the singer of impregnating her, which Burna Boy later denied. He has seemingly denied being responsible for the lady’s pregnancy, saying in a recent clip posted on social media: ‘fu**ked that girl once and now she’s claiming that she’s pregnant.’

9. In November 2017, Burna Boy was accused of being the mastermind behind the attack and robbery of singer Mr 2Kay at Eko Hotels & Suites. According to the suspects arrested, Burna Boy paid them a total of N100,000 to attack Mr 2Kay.

Immediately after the confessions of the suspects, the police then declared Burna Boy wanted over the robbery and assault. The singer was arrested by the Lagos Police Command on December 15, 2017. He was later arrested on arrival, interrogated and detained.

The singer was charged with two counts, ‘accessory to the fact’ and ‘hoarding of information’ that he knew what happened at Eko Hotel & Suites and didn’t inform the police.

Burna Boy’s defense counsel Bright Idahosa applied for bail o behalf of his client. The bail was granted with one surety and N100,000 bail. Burna Boy later called to beg Mr. 2Kay, the Grafton Records singer said; “Burna Boy has called me and he apologised without admitting that he was involved in the assault on me. He told me that he had no hand in it. I had to reply him that I never fingered him; it was his manager and the boys that fingered him. All we need is honesty and the truth. He cannot apologise to me over a matter that he has no hand in.

“At the end of the day, we all want this issue to go with this year and start the New Year on a fresh note. I was supposed to release my album this year but we could not do so because of this whole issue.”

10. Ahead of Burna Boy’s performance at the 2019 Coachella, the ‘Dangote’ crooner called out the event organizers to challenge them for writing his name in small font, regarding himself as ‘African Giant’.

Burna Boy asked the organisers to correct the font in the post that was later deleted.

11. The ‘Ye’ crooner in 2019, lashed out at Nigerian musicians signing foreign deals, he implied that the international deals are toxic for Nigerian Artistes.

12. In another recent post on his IG story, the singer caused another controversy, he said streaming numbers are not determinants of good talent. He shared; “This streaming shit be making people think they’re actually Talented.

“If joke tings like “Baby shark” and “Gangman style” can do more numbers than Everyone, Don’t think you are talented or Respected cuz of your streaming numbers. Everyone with real working brains know what is a joke and what is real. Anywayplenty talk no Dey full basket. Let Time reveal all.”

When asked to clarify his relationship status with Stefflon Don, he responded, “On a more serious note, that’s my wifey. If you wanted a wifey, she’s like the most perfect person with that perfect description. Unfortunately, she’s mine now…” he said.

– Dating rumours : Burna boy – @burnaboy and stefflondon cuddled up in a video. pic.twitter.com/GktIVRtdAa 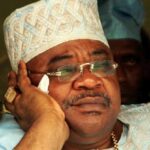 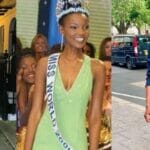 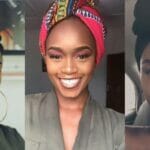 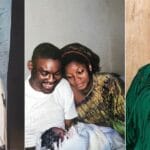 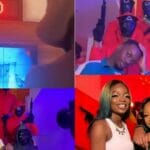 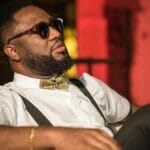 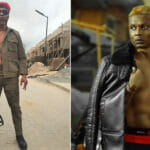 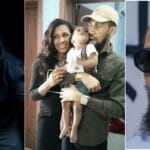