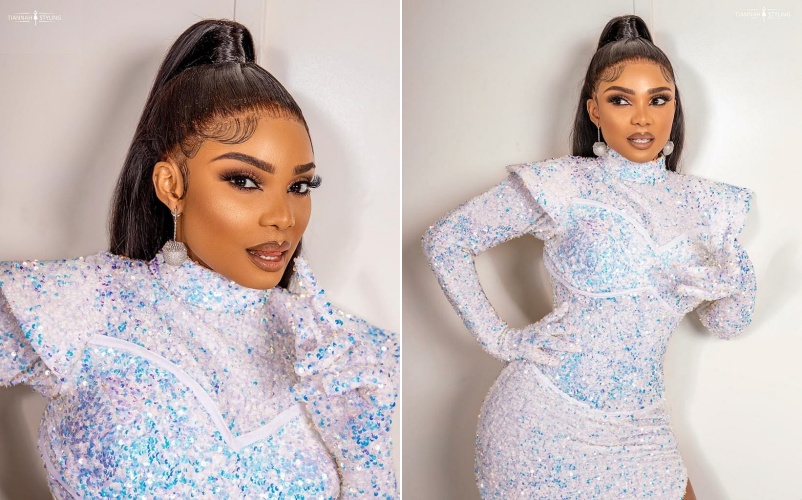 Nollywood actress Iyabo Ojo has won the sum of N250,000 for being the best dressed female and also having he best hairdo at the 14th edition of The Headies award.

The 43-year-old shared pictures of her dress on Instagram on Sunday.

Styled by Toyin Lawani under her (Tiannahsplacempire) brand, Iyabo also shared a video of herself receiving her gift.

Other notable mentions for the best dressed according to Twitter include Big Brother Naija stars, Erica Nlewedim and Alex Asogwa, and Nollywood actress Lilian Afegbai.

The event hosted by actress Nancy Isime and comedian Bovi made history as the first held virtually due to COVID-19.

The nominees for the awards were announced in December 2020, with Fireboy DML leading with nine nominations, while Burnaboy, Davido, Wizkid and Wurld followed with six nominations each.