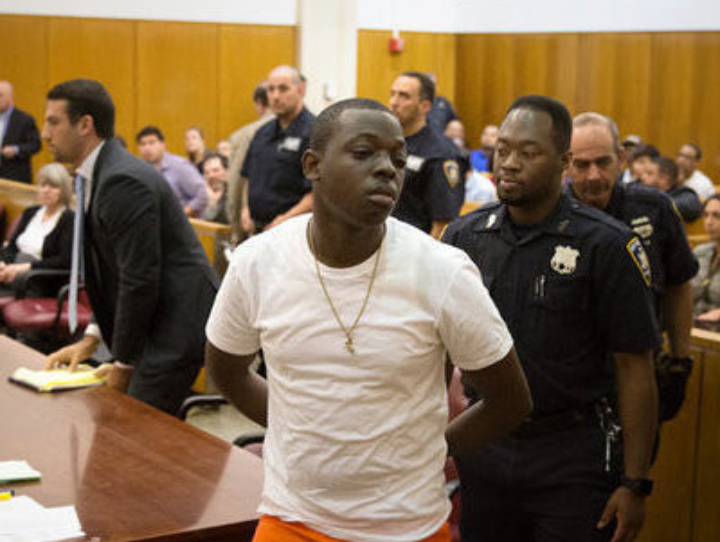 Rapper, Bobby Shmurda shares message to fans ahead of his release from prison

Ahead of his expected release from prison, jailed American rapper, Bobby Shmurda has sent a message with his fans.

The 26-year-old, rapper whose legal name is Ackquille Pollard, has been in jail since 2014 and will be released on Tuesday, February 23.

He was sentenced in October 2016 to seven years in prison after pleading guilty to conspiracy and weapons possession in connection with what prosecutors said was his leading role in the GS9 gang, an offshoot of the Crips, in the East Flatbush neighborhood of Brooklyn.

On Monday February 22, a message was shared on Bobby’s Instagram Stories with the rapper thanking fans for their support through his new account after the previous one was hacked.

“Thank you for remaining loyal and for riding this six-year sentence out with me. I love you all and look forward to seeing you soon.”

“Thank you for remaining loyal and riding this six year sentence out with me.? – Rapper, Bobby Shmurda shares message to fans ahead of his release from prison

Shmurda’s mother, Leslie Pollard, has told TMZ that Bobby will enjoy quality family time including a nice dinner as soon as he’s released.