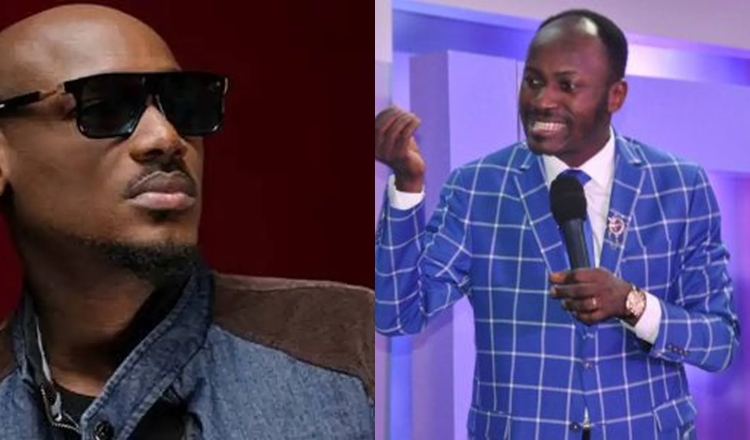 Apostle Johnson Suleiman, who has been in the news lately has been called out by music legend, 2Face Idibia after recently saying he makes money through speaking in tongues.

The popular pastor while preaching at a church, declared that when ‘you speak in tongues, you are printing money’. He said this as a reaction to a rumour that he has in his possession a machine that prints money.

“When you speak in tongues, you are printing money.” He said.

Reacting, 2face via his Instastories said the church members were shouting when the clergyman said this, without realising that they are the machine that prints the money. He said no one should come for him with their religious arrogance. According to him, everyone will find their way to heaven