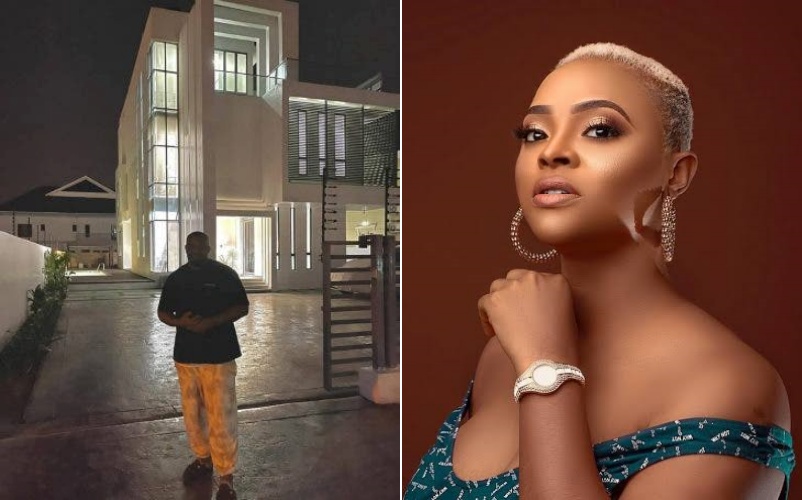 For Nollywood actress Angela Eguavoen, it appears that the internet celebrates the male folks more than it does the females.

Angela Eguavoen, a popular Nigerian actress, has taken to her social media page to react to the gist that ace music producer and record label boss, Don Jazzy acquired a new mansion.

According to her, people always question the source of income of female celebrities anytime they acquire luxury but fail to ask the same questions for the male celebrities.

Below is what she has to say;

“Them go say na man she sleep with take get the house. Them go begin cook up rubbish and foolish lies. Set awon “where una dey see this money?”

“You all don’t see the stress, the hustle, the late nights, early mornings and hard times. Enemies of progress, bitter souls, feasting on just the wins”. 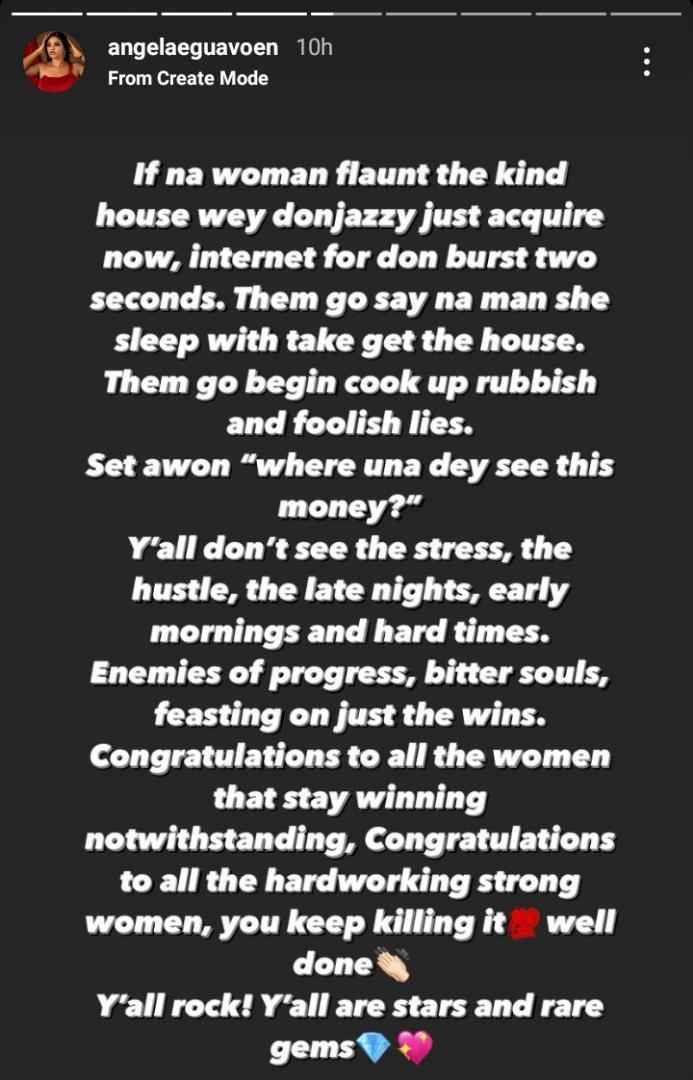