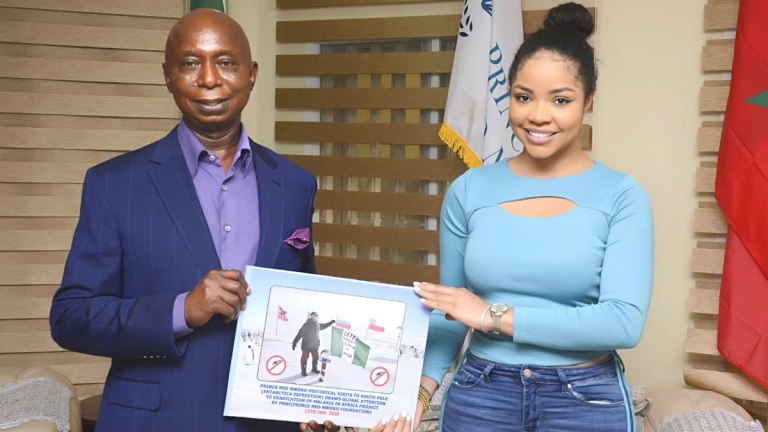 In a message posted on Twitter on Saturday, Nengi wrote, “Did you know that children under age 5 are most vulnerable to malaria?

“They account for 67% of all malaria deaths worldwide. Disheartening but it’s our sad reality. Let’s join hands together to put an end to it.”

Rather than focusing on Nengi’s message, Nigerians could not help but worry about the young beauty becoming the next wife after Regina.

Check out their comments below:

Flyderapper1: “Nengi Pengi, street people are worried about you becoming his 7th wife.”

Clemfizi: “I hope the fight ends there. Thank you.”

Matenisha: “Hope there won’t be a scandal after this.”

Fellow ex-Big Brother Naija housemate and winner of the last edition of the show Laycon has also endorsed the project.

The project is an initiative of the Ned Nwoko Malaria Foundation, which says its goal is to accelerate elimination of malaria in Africa starting from Nigeria.

Its objectives include strengthening collaboration for malaria elimination in Africa, establishing and supporting academic research grant for malaria vaccine development and to mobilise communities and stakeholders to take ownership of the programme and its activities.

Ned’s wife Regina Daniels is a goodwill ambassador of the foundation.

The foundation has also been endorsed by Juliet Ibrahim, D’banj and Clarence Peters among others.