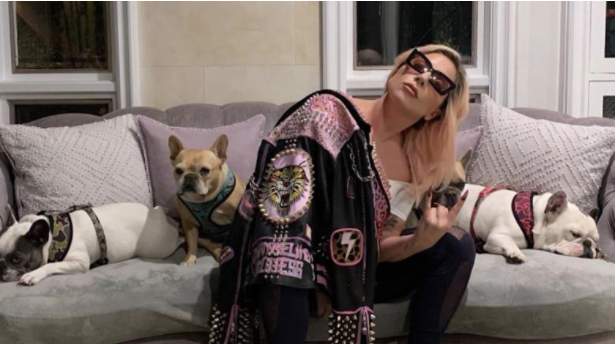 Days after the theft of singer, Lady Gaga’s two French bulldogs who were stolen from her dog walker, updates about them have emerged.

The Los Angeles Police Department confirmed that they have been returned safely,

A woman, who wasn’t named, met the entertainer’s staff and detectives at the Olympic Community Police Station with the animals at around 6 p.m. PT, the LAPD said in a statement on Friday, February 26.

“The woman found the dogs and reached out to Lady Gaga’s staff to return them,” the statement said. “The woman’s identity and the location the dogs were found will remain confidential due to the active criminal investigation and for her safety.”

The dog walker, Ryan Fischer, was shot once as he walked three of the singer’s dogs in Hollywood. The two men who carried out the operation struggled with the dog walker before one pulled a gun and fired a single shot before fleeing with two of the dogs.

The LAPD also gave an update on the condition of the dog walker, saying he was “stable” with injuries that were not life-threatening.

Earlier on Friday, Lady Gaga had offered a $500,000 reward for the safe return of her dogs, named Koji and Gustav, with no questions asked.

“I continue to love you Ryan Fischer, you risked your life to fight for our family. You’re forever a hero,” she said in an Instagram post.

Meantime, the investigation is ongoing and LAPD is still working to locate possible suspects from Wednesday’s attack, an LAPD spokesperson said.