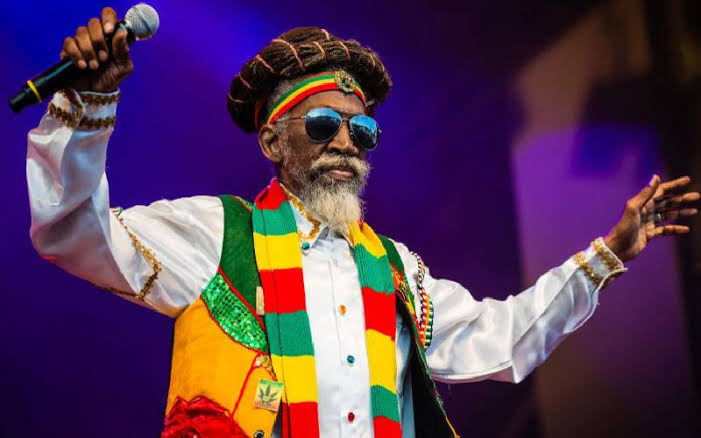 Bunny Wailer, the legendary Jamaican reggae singer who founded the Wailers with Bob Marley and Peter Tosh and was the last surviving founding member, has died at a hospital after suffering a stroke. He was 73.

Wailer’s given name was Neville O’Riley Livingston but he was known affectionately as Bunny Wailer, Bunny Livingston or Jah B.

Olivia Grange, Jamaica’s minister for culture, shared the news of his demise in a statement on Tuesday.

According to Grange, the reggae star passed away at the Andrew’s Memorial Hospital in Kingston.

“We mourn the passing of this outstanding singer, songwriter, and percussionist and celebrate his life and many accomplishments,” the statement read.

“We remain grateful for the role that Bunny Wailer played in the development and popularity of Reggae music across the world.

“We remember with great pride how Bunny, Bob Marley, and Peter Tosh, took Reggae music to the four corners of the earth.

“Today, the last surviving Wailer has passed. His son Abijah said to me this morning that ‘Bunny Wailer cannot die, he has transitioned’.

“What Bunny Wailer has done for Reggae, as one of the pioneers and standard-bearers of our country’s music, lives on.”

While the statement did not reveal the cause of his death, it is understood that the reggae icon had been in the hospital since having a stroke in July 2020.

“This is a great loss for Jamaica and for reggae,” said Jamaican Prime Minister Andrew Holness, calling him “a respected elder statesman of the Jamaican music scene.”

The deceased was a founding member of The Wailers, a band that later found international fame with Marley and Peter Tosh, who was killed during a robbery in 1987.

While Marley and Livingston were being mentored by Joe Higgs, “the Godfather of Reggae,” they met Higgs’ fellow student Peter Tosh; the then-trio ventured to Kingston. Soon after, they were joined by singer Junior Braithwaite and backup vocalists Beverley Kelso and Cherry Smith.

Following a string of name changes that included the Teenagers and the Wailing Wailers, the Wailers aligned with Coxsone Dodd’s sound system and Studio One label — which employed songwriters and producers like Lee “Scratch” Perry and Jackie Mittoo — and released the Marley-penned “Simmer Down,” a Number One hit in Jamaica.

Before Wailer went solo in 1974, his band had achieved reggae classics like ‘Simmer Down’ and ‘Stir It Up’.

He thereafter won three Grammys and got Jamaica’s Order Of Merit in 2017.