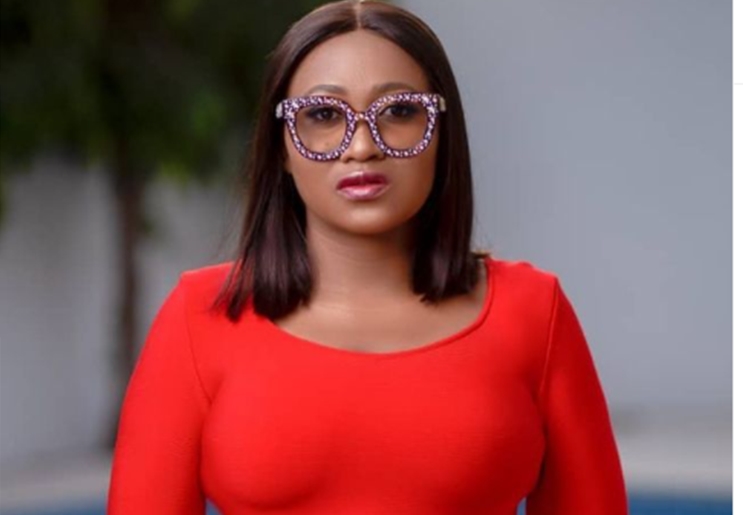 It all began after Jason declared that 4.6 million Naira school fees is cheap and he pays more for his 3-year-old daughter.

As people called him out for saying that, others claimed that he pays his graduate staff 30 to 40K, and asked how he expects such staff to pay school fees of 4.6 million Naira for their kids.

His wife, Mary Remmy Njoku defended him by saying that people who offer 10K services should not expect to be paid more than 10k just because they are graduates.

This worsened the criticisms she and her husband received.

Mary, who is the Director General of ROK Film Studios, a company she started to create original content for Jason Njoku’s iROKO TV, has now responded.

She asked that any staff who claims she presently pays them 30K or even 90K comes forward and she will give the person 1 million Naira and a public apology.

She added in the caption that she is being criticized for speaking up for meritocracy and for smart people who work hard but are not well paid because they are not graduates. 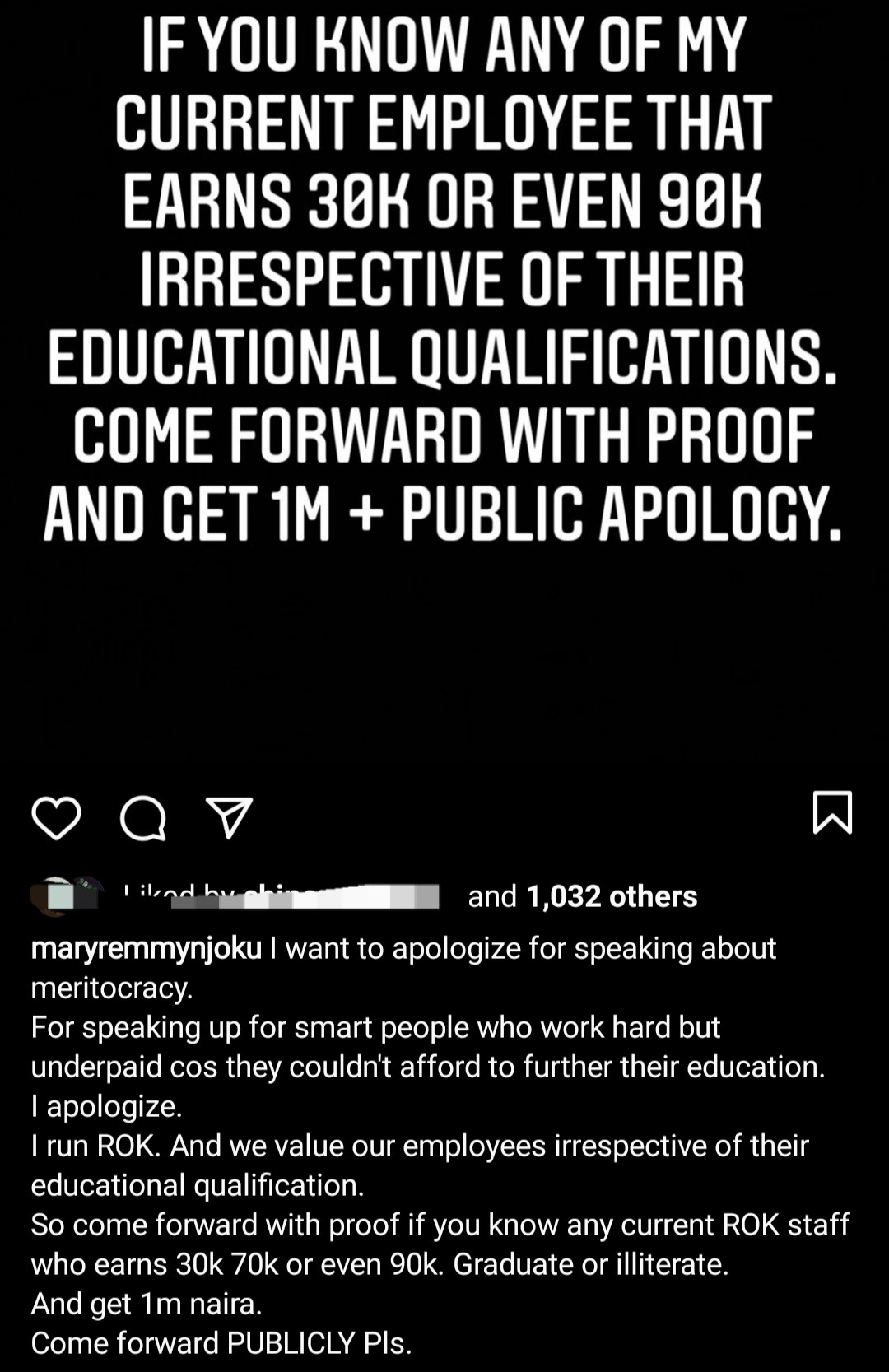